Do All Bees Sting? 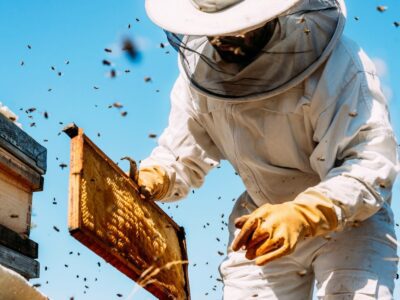 Knowing which bees sting and which bees don’t sting is useful information for anyone who spends time outside. You’ll also need to watch out for wasps, hornets, and other flying insects that pack a mean punch.

Can All Bees Sting?

Did you know that only half of the species of bees in the world can sting? Those that can sting will generally leave you alone unless you get too close to their hives, or they get tangled in your clothing.

An example of a bee that cannot sting is the male carpenter bee. Often mistaken for bumblebees, the real issue with this species is that they can damage wood. The females burrow into soft wood to make their nests. The males act aggressive at times but can’t sting. The females can sting but rarely do.

There are many different types of bees that sting, but that generally don’t unless provoked:

Bees often get the blame for stings actually caused by other species, which are more minor pollinators: