Great Plains Planting: What To Plant In June In The Northern Rockies 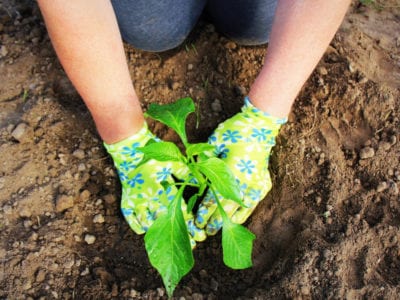 Wondering what to plant in June in the Great Plains? Great Plains gardening in June consists of spring cleanup and last minute planting. While most of your veggies should be started and in the ground already, you can still get in a last minute June planting in the Northern Rockies. The following tackles your Great Plains planting and to-do list for the garden in June.

June Planting in the Northern Rockies

All four of the above states have a shorter growing season — all the more reason to jump on getting plants started, and run to USDA zones 3-6.

When spring is almost over and summer is nigh, June is the time to tidy up spring bulbs and perennials, plant out the veggie garden, and if you haven’t already, make sure your garden tools are in good working order.

What to Plant in June

Montana and Wyoming cover USDA zones 3-6. June planting in these Northern Rocky states encompasses annual color spots and the last of the vegetable plantings. Depending upon your region, veggies may have been started for later transplant as early as March or as late as May.

If you haven’t yet gotten seedlings in the ground, now is the time to transplant beans, Brussels sprouts, cabbage, cauliflower, corn, cucumber, onions, peppers, squashes and tomatoes.

North and South Dakota encompass USDA zones 3-4 and 3-5 respectively, a bit cooler than Montana which means that more crops can be direct sown in June rather than just transplanted.

In zone 3 crops such as beans, beets, broccoli, Brussels sprouts, cabbage, carrots, cauliflower, cucumber, kale, lettuce, peas, peppers, spinach, and tomato can all be sown or transplanted in June.