West Coast Planting – What To Plant In April 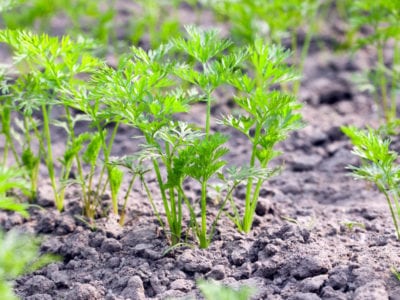 March ushers out winter year after year, and April is practically synonymous with spring as far as western region gardening goes. Those gardeners who live in the mild winter region of the west coast have a vast array of planting choices in April. If this is you and you are wondering what to plant in April, we’ve got some ideas.

Read on for suggestions for a West Coast planting list to get you ready for spring.

The milder areas of the west coast enjoy a Mediterranean climate. This means that the summers are long, warm, and dry while winters are cooler and wetter. Native plants adapt to this in various ways, while non-natives may need more irrigation than elsewhere. When it comes to veggie gardening or flower planting though, the sky’s the limit for western region gardening.

On the coast there is no frost at all, but the farther you get away from the ocean and the higher the elevation of your region, the more frost you will experience. You must take this into account when considering what to plant in April since last frost date is important.

If your property is at 1,000 feet elevation, think April 15 for the final frost.

April Planting in the West

Generally, April is one of the busiest months for West Coast planting. What to plant in April? April planting in the West can include virtually all warm season veggies, herbs, and annuals.

For summer annual flowers like cosmos and marigolds, you can either buy potted seedlings or seed directly. Summer bulbs, like dahlias, are among western region planting favorites in spring.

You can keep planting root crops, like radishes and carrots, in the garden. Expect a harvest later in the summer. Early April is also a good time to replant some cool season veggies like leek, lettuce, and chard. Hold off on the summer crops until late April or May.