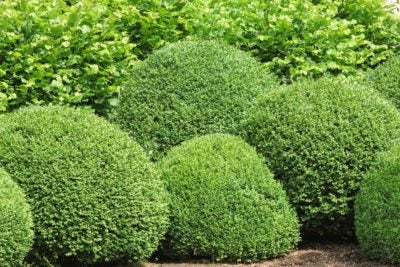 USDA planting zone 7 a relatively moderate climate where summers aren’t blazing hot, and winter cold usually isn’t severe. However, evergreen shrubs in zone 7 must be hardy enough to withstand occasional temperatures well below freezing – sometimes even hovering around 0 degrees F. (-18 C.). If you’re in the market for zone 7 evergreen shrubs, there are many plants that create interest and beauty year-round. Read on to learn about just a few.

Since there are a number of evergreen shrubs that can fit the bill for planting in zone 7, naming them all would be far too difficult. That said, here are some of the more commonly seen evergreen shrub choices for inclusion:

Although some evergreen shrubs tolerate damp conditions, most varieties prefer well-drained soil and may not survive in consistently wet, soggy ground.

A few inches (8 cm.) of mulch, such as pine needles or bark chips, will keep roots cool and moist in summer, and will protect the shrub from damage caused by freezing and thawing in winter. Mulch also keeps weeds in check.

Be sure evergreen shrubs have sufficient moisture, especially during hot, dry summers. Keep the shrubs well irrigated until the ground freezes. A healthy, well-watered shrub is more likely to survive a harsh winter.