What Is Pine Bark: Information On Using Pine Bark For Mulch 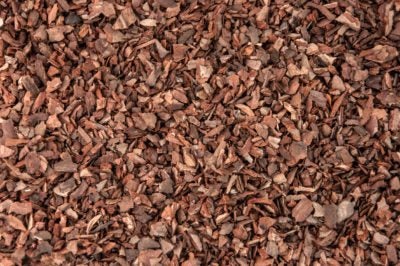 Properly placed organic mulch can benefit soil and plants in many ways. Mulch insulates the soil and plants in winter, but also keeps soil cool and moist in summer. Mulch can control weeds and erosion. It also helps to retain soil moisture and prevent splash back of soil that can contain soil-borne fungi and diseases. With so many choices of organic mulches on the market, it can be confusing. This article will discuss the benefits of pine bark mulch.

What is Pine Bark?

Pine bark mulch, as the name suggests, is made from the shredded bark of pine trees. In some cases, though, the bark of other evergreens, like fir and spruce, may be added into pine bark mulch.

Like other wood mulches, pine bark mulch is available for purchase in different forms and textures, from finely shredded or doubled processed to larger chunks called pine nuggets. Which consistency or texture you choose depends on your own preference and the garden’s needs.

However, pine bark mulch is very lightweight. And while this can make it easy to spread, it makes it inappropriate for slopes, as the bark can be easily moved by wind and rain. Pine bark nuggets are naturally buoyant and will float in circumstances with too much water.

Any organic mulch benefits soil and plants by retaining moisture, protecting plants from extreme cold or heat, and preventing the spread of soil-borne diseases. This is true of pine bark mulch as well.