Diseased Plant Disposal: What To Do With Infected Plants In The Garden 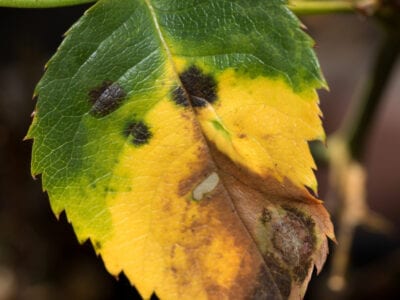 One of the most difficult problems that gardeners face is plant disease. In many cases there is no cure, and the only treatment is the removal of the affected parts of the plant. Plant diseases continue to live on leaves, twigs and other debris removed from the plant, as well as debris that falls to the ground. Hard rains can splash the disease organisms back onto the plant, and some diseases are carried on the wind, making prompt cleanup and disposal essential to prevent the further spread of disease.

Disposal of plant leaves, houseplants and other small debris from diseased plants is easily accomplished by sealing the debris in a plastic bag and placing it in a garbage can with a lid. Large debris such as tree limbs and large numbers of plants present special challenges. It is a good idea to learn about other methods for what to do with infected plants should this be your situation.

Can You Burn Diseased Plant Debris?

Where burning is allowed, local authorities may restrict burning when weather conditions, such as drought and strong winds, encourage fires to spread. Some locations restrict the type of containment used for fires.

Diseased plant debris must be disposed of promptly. If you can’t burn it right away, consider another method of diseased plant disposal.

What to Do with Infected Plants

Burying diseased plant debris is a good method of disposal. Some diseases can live in the soil for years, so bury the debris as far from the garden as possible in an area that you don’t plan to use for garden plants. Cover the debris with at least 2 feet (60 cm.) of soil.

Composting sickly plants is risky. You may be able to kill fungal and bacterial diseases by maintaining the compost pile at temperatures between 140-160 F. (60-71 C.) and turning it often. However, some viral diseases can survive even these high temperatures. Therefore, it’s better to use another disposal method rather than take a chance that you may spread plant diseases throughout the garden in your compost.

Plant diseases are also spread on gardening tools. Disinfect your tools with a 10 percent solution of household bleach or a strong disinfectant after caring for diseased plants. Disinfectants can damage tools, so rinse them thoroughly with water after disinfecting.