Playing Music For Plants – How Does Music Affect Plant Growth 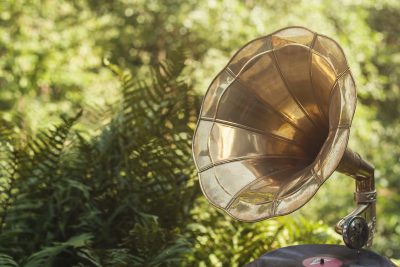 We’ve all heard that playing music for plants helps them grow faster. So, can music accelerate plant growth, or this just another urban legend? Can plants really hear sounds? Do they actually like music? Read on to learn what experts have to say about the effects of music on plant growth.

Believe it or not, numerous studies have indicated that playing music for plants really does promote faster, healthier growth.

In 1962, an Indian botanist conducted several experiments on music and plant growth. He found that certain plants grew an extra 20 percent in height when exposed to music, with a considerably greater growth in biomass. He found similar results for agricultural crops, such as peanuts, rice, and tobacco, when he played music through loudspeakers placed around the field.

A Colorado greenhouse owner experimented with several types of plants and various genres of music. She determined that plants “listening” to rock music deteriorated quickly and died within a couple of weeks, while plants thrived when exposed to classical music.

A researcher in Illinois was skeptical that plants respond positively to music, so he engaged in a few highly controlled greenhouse experiments. Surprisingly, he found that soy and corn plants exposed to music were thicker and greener with significantly larger yields.

Researchers at a Canadian university discovered that harvest yields of wheat crops nearly doubled when exposed to high-frequency vibrations.

How Does Music Affect Plant Growth?

When it comes to understanding the effects of music on plant growth, it appears that it isn’t so much about the “sounds” of the music, but more to do with the vibrations created by the sound waves. In simple terms, the vibrations produce movement in the plant cells, which stimulates the plant to produce more nutrients.

If plants don’t respond well to rock music, it isn’t because they “like” classical better. However, the vibrations produced by loud rock music create greater pressure that isn’t conducive to plant growth.

Music and Plant Growth: Another Point of View

Researchers at the University of California aren’t so quick to jump to conclusions about the effects of music on plant growth. They say that so far there is no conclusive scientific evidence that playing music for plants helps them grow, and that more scientific tests are needed with rigorous control over factors such as light, water, and soil composition.

Interestingly, they suggest that plants exposed to music may thrive because they receive top-level care and special attention from their caretakers. Food for thought!