Seeds From The Past – Ancient Seeds Found And Grown 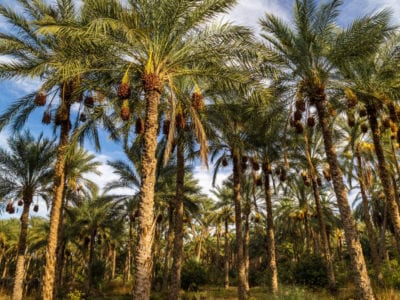 Seeds are one of the building blocks of life. They are responsible for our Earth’s beauty and bounty. They are also remarkably stoic, with ancient seeds found and grown in recent years. Many of these seeds from the past are tens of thousands of years old. The ancient heirloom seeds are a crucial key to ancestral life and the evolution of the planet’s flora.

If you worry about the planting date on your seed packet, you may not need to be too concerned. Scientists have unearthed seeds that are thousands of years old, and in their curiosity, managed to germinate and plant some of them. Of special intrigue are ancient date seeds that are around 2,000 years old. There are also several other examples of ancient seeds germinating and being studied.

The first successful planting of an unearthed seed was in 2005. The seeds were found in the remains of the Masada, an old building located in Israel. An initial plant was germinated and grown from ancient date seeds. It was named Methuselah. It thrived, eventually producing offsets and having its pollen taken to fertilize modern female date palms. Several years later, six more seeds were germinated which resulted in five healthy plants. Each seed hailed from the time the Dead Sea Scrolls were under creation.

Other Seeds From the Past

Scientists in Siberia discovered a cache of seeds from the plant Silene stenophylla, close relations to modern narrow-leafed campion. Much to their amazement, they were able to extract viable plant material from the damaged seeds. Eventually, these germinated and grew into fully mature plants. Each plant had slightly different flowers but otherwise the same form. They even produced seeds. It is thought the deep permafrost helped preserve the genetic material. The seeds were discovered in a squirrel burrow that was 124 feet (38 m.) below ground level.

What Can We Learn from Ancient Seeds?

Ancient seeds found and grown are not only a curiosity but also a learning experiment. By studying their DNA, science can figure out what adaptations the plants made that allowed them to survive so long. It is also supposed that the permafrost contains many extinct plant and animal specimens. Of these, plant life that once existed could be resurrected. Studying these seeds further could lead to new preservation techniques and plant adaptations that could be transferred to modern crops. Such discoveries could make our food crops more secure and better able to survive. It could also be applied in seed vaults where much of the world’s flora is preserved.