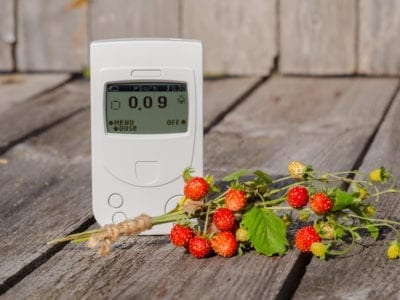 The concept of atomic gardening may sound as if it belongs in a science fiction novel, but gamma ray gardening is a very real part of history. Believe it or not, both scientists and home gardeners were encouraged to harness the power of radiation to begin experimenting within their gardens. With radiation, and plants produced using this technique, we have improved varieties of fruits and vegetables in our grocery stores today.

What is Atomic Gardening?

Atomic gardening, or gamma gardening, is the process by which plants or seeds were exposed to varying degrees of radiation in fields or specially designed laboratories. Most often, a radiation source was placed at the top of a tower. The radiation would spread outward in a circle. Wedge-shaped plantings were made around the circle in order to ensure that each crop received differing amounts of treatment throughout the planting.

Plants would receive radiation for a specific amount of time. Then, the source of radiation would be lowered into the ground into a lead-lined room. When it was safe, scientists and gardeners were then able to go into the field and observe the effects of the radiation on the plants.

While the plants closest to the radiation source most often died, those further away would begin to mutate. Some of these mutations would later prove beneficial in terms of fruit size, shape, or even disease resistance.

Popular in the 1950’s and 1960’s, both professional and home gardeners throughout the world began experimenting with gamma ray gardening. Introduced by President Eisenhower and his “Atoms for Peace” project, even civilian gardeners were able to obtain radiation sources.

As news of possible benefits of these genetic plant mutations began to spread, some started irradiating seeds and selling them, so that even more people could reap the supposed benefits of this process. Soon, atomic gardening organizations formed. With hundreds of members throughout the world, all were seeking to mutate and breed the next exciting discovery in plant science.

Though gamma gardening is responsible for several present day plant discoveries, including certain peppermint plants and some commercial grapefruits, popularity in the process quickly lost traction. In today’s world, the need for mutation caused by radiation has been replaced by genetic modification in laboratories.

While home gardeners are no longer able to obtain a source of radiation, there are still a few small government facilities who carry out radiation garden practice to date. It’s a wonderful part of our gardening history as well.