What Is Urea: Tips On Feeding Plants With Urine 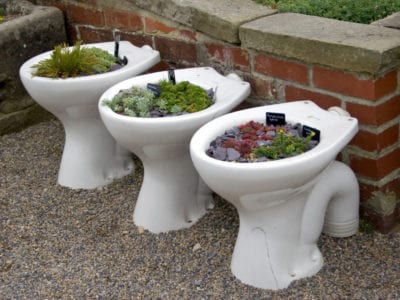 Excuse me? Did I read that right? Urine in the garden? Can urine be used as a fertilizer? As a matter of fact, it can, and its use can improve your organic garden’s growth at no cost. In spite of our squeamishness about this bodily waste product, urine is clean in that it contains few bacterial contaminants when retrieved from a healthy source: you!

Can Urine Be Used as Fertilizer?

Can urine be used as fertilizer without laboratory treatment? Scientists seeking to answer that question used cucumbers as their test subjects. The plants were chosen because they and their plant relatives are common, they’re easily contaminated with bacterial infections and are eaten raw. Cucumbers showed increases in both size and number after feeding the plants with urine, showed no difference in bacterial contaminants from their control counterparts, and were equally as tasty.

The success of feeding plants with urine could have a positive impact on worldwide hunger as well as for the organic gardener. In many third world countries manufactured fertilizers, both chemical and organic, are cost prohibitive. In areas with poor soil conditions, using locally collected urine in the garden could improve crop yields easily and cost effectively.

What are the benefits of using urine in the garden for the home gardener? Urine is composed of 95 percent water. So far, so good, right? What garden doesn’t need water? Dissolved in that water are trace amounts of vitamins and minerals which are necessary to plant health and growth, but the important part is that remaining five percent. That five percent is largely composed of a metabolic waste product called urea, and urea is why urine in the garden can be a very good idea.

What is urea? Urea is an organic chemical compound produced when the liver breaks down proteins and ammonia. Half the urea in your body remains in your bloodstream while the other half is mostly excreted through the kidneys as urine. A smaller amount is excreted through sweat.

What is urea? It is the largest component of modern commercial fertilizers. Urea fertilizer has nearly replaced ammonium nitrate as a fertilizer in large farming operations. Although this urea is artificially produced, its composition is the same as that produced by the body. Manufactured urea fertilizer can, therefore, be considered an organic fertilizer. It contains large amounts of nitrogen, which is essential for healthy plant growth.

See the connection? The same chemical compound that is industrially produced is manufactured by the human body. The difference is in the concentration of the urea. Fertilizer produced in the lab will have a more consistent concentration. When applied to the soil, both will convert to the ammonia and nitrogen needed by plants.

Tips for Using Urine in the Garden

While the answer to can urine be used as fertilizer is a resounding yes, there are a few precautions you should take. Have you ever noticed the yellow spots on the lawn where the dog consistently urinates? That’s nitrogen burn. When feeding plants with urine, always use a solution of at least ten parts water to one part urine.

Also, urea fertilizer should be incorporated into the soil as quickly as possible to avoid the loss of the resulting gases. Water the area lightly either before or after application. Urine can also be used as a foliar spray with a dilution of twenty parts water to one part urine.

Can urine be used as a fertilizer? You bet, and now that you know what urea is and how it can benefit your garden, are you more willing to experiment? Remember, once you get past the “ick” factor, urine in the garden can be an effective an economically effective tool to organically increase production.