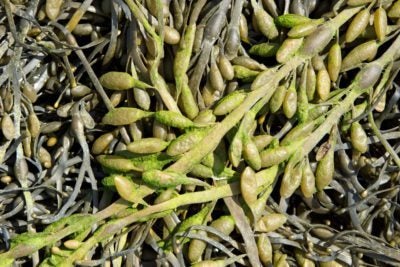 Throughout history gardeners in coastal regions have recognized the benefits of the slimy green “gold” that washes up along the shore. The algae and kelp which can litter sandy beaches after a high tide can be a nuisance to beach-goers or workers as the common name “seaweed” implies. However, after using seaweed in the garden, you may see it more as a miraculous gift from Poseidon than a nuisance. To learn how to make seaweed fertilizer, read more.

Using Seaweed as Fertilizer for Plants

There are many benefits to using seaweed in the garden, and many different ways to use it. Like most organic material, seaweed improves soil structure, increasing soil porosity while also improving moisture retention.

Nutrients in the seaweed also stimulate beneficial soil bacteria, creating rich, healthy soil for flowerbeds or edible gardens. For this purpose, dried seaweed is tilled or turned directly into the garden’s soil. Dried seaweed can also be put into compost piles, adding a power punch of nutrients.

In some regions, shorelines are protected areas, including the seaweed. Collecting from some beaches is often prohibited. Do your homework before collecting seaweed from beaches to avoid penalty. In areas where seaweed is free for the taking, experts suggest collecting only fresh plants and using a burlap or mesh bag to carry them. Only collect what you need, as extra seaweed can quickly become a slimy, smelly mess as it decomposes.

How to Make Seaweed Fertilizer

There is disagreement amongst gardeners about soaking or rinsing fresh seaweed to remove sea salt. Some experts suggest soaking the seaweed for about an hour and/or rinsing it. Other experts argue that the salt is minimal and rinsing removes valuable nutrients. Either way, fresh seaweed is generally dried before being tilled into garden, mixed into compost bins, laid as mulch, or made into DIY seaweed fertilizer tea or powder.

Once dried, seaweed can be used immediately in the garden or chopped up, mulched, or ground. DIY seaweed fertilizers can be made by simply grinding or pulverizing dried seaweed and sprinkling it around plants.