The Role Of Manganese In Plants – How To Fix Manganese Deficiencies 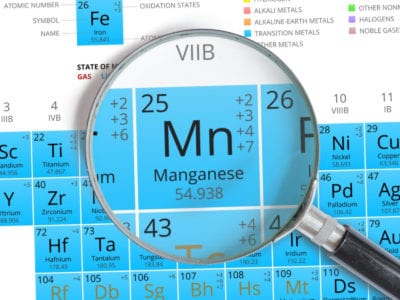 The role of manganese in plants is important for healthy growth. Keep reading to learn more about how to fix manganese deficiencies to ensure the continual health of your plants.

Manganese is one of nine essential nutrients that plants require for growth. Many processes are dependent on this nutrient, including chloroplast formation, photosynthesis, nitrogen metabolism, and synthesis of some enzymes.

This role of manganese in plants is extremely crucial. Deficiency, which is common in soils that have neutral to high pH or a substantial deal of organic matter, can cause serious problems with plants.

Magnesium is a part of the chlorophyll molecule. Plants that are lacking in magnesium will become pale green or yellow. A plant with a magnesium deficiency will show signs of yellowing first on the older leaves near the bottom of the plant.

It’s always best to get a sample to determine the exact cause of the symptoms. Other problems such as iron deficiency, nematodes, and herbicide injury may also cause leaves to yellow.

How to Fix Manganese Deficiencies

Once you’re sure that your plant has a manganese deficiency, there are a few things that can be done to fix the problem. A foliar feed fertilizer with manganese will help to alleviate the issue. This can also be applied to the soil. Manganese sulfate is readily available at most garden centers and works well for this. Be sure to dilute any chemical nutrients to half strength to avoid nutrient burn.

Generally, application rates for landscape plants are 1/3 to 2/3 cup (79-157 ml.)  of manganese sulfate per 100 square feet (9 m²). The per-acre rate for applications is 1 to 2 pounds (454 g.) of manganese sulfate. Prior to use, it may help to thoroughly water the area or plants so that the manganese can be absorbed more easily. Read and follow application guidelines carefully for best results.