Peat Moss Alternatives: What To Use Instead Of Peat Moss 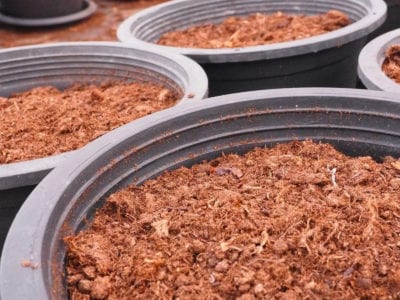 Peat moss is a common soil amendment used by gardeners for decades. Although it provides very little nutrients, peat is beneficial because it lightens the soil while improving air circulation and soil structure. However, it’s becoming increasingly obvious that peat is unsustainable, and that harvesting peat in such huge amounts threatens the environment in many ways.

Fortunately, there are several suitable alternatives to peat moss. Read on to learn more about peat moss substitutes.

Why Do We Need Peat Moss Alternatives?

Peat moss is harvested from ancient bogs, and most peat used in the U.S. comes from Canada. Peat takes many centuries to develop, and it’s being removed much faster than it ever can be replaced.

Peat serves many functions in its natural environment. It purifies water, prevents flooding, and absorbs carbon dioxide, but once harvested, peat contributes to the release of harmful carbon dioxide into the environment. Harvesting peat bogs also destroys unique ecosystems that support various species of insects, birds, and plants.

What to Use Instead of Peat Moss

Here are some suitable peat moss alternatives you can use instead:

Wood-based materials such as wood fiber, sawdust, or composted bark aren’t perfect peat moss alternatives, but they offer certain benefits, particularly when they’re made from byproducts of locally sourced wood.

The pH level of wood products tends to be low, thus making the soil more acidic. This may benefit acid-loving plants like rhododendrons and azaleas but isn’t as good for plants that prefer a more alkaline environment. The pH levels are easily determined with a pH testing kit and can be adjusted.

It’s important to note that some wood products aren’t byproducts but are harvested from trees specifically for horticultural uses, which isn’t positive from an environmental point of view. Some wood-based materials may be chemically processed.

There are no major drawbacks to using compost as a substitute for peat moss, but it’s important to replenish compost regularly as it eventually becomes compacted and loses nutritional value.

Coconut coir, also known as coco peat, is one of the best alternatives to peat moss. When coconuts are harvested, the long fibers of the husks are used for things such as doormats, brushes, upholstery stuffing, and rope.

Until recently, the waste, consisting mostly of shorter fibers remaining after the long fibers are extracted, was stored in enormous piles because nobody could figure out what to do with it. Using the substance as a substitute for peat solves this problem, and others too.

Coconut coir can be used just like peat moss. It has excellent water-holding capabilities. It has a pH level of 6.0, which is close to perfect for most garden plants, although some may prefer soil to be slightly more acidic, or slightly more alkaline.