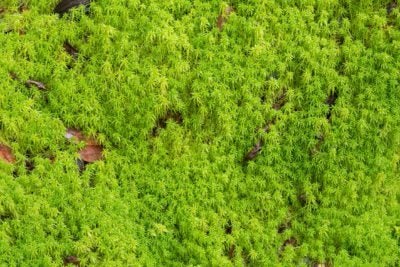 Are Sphagnum Moss and Peat Moss the Same?

Sphagnum peat moss is usually dried and sterilized after harvest. It is a light brown color and has a fine, dry texture. Sphagnum peat moss is usually sold in compressed bales or bags. It is a very popular soil amendment because of its ability to help sandy soil hold moisture and helps clay soil loosen up and drain better. Due to a naturally low pH of about 4.0, it is also an excellent soil amendment for acid-loving plants or highly alkaline areas. Peat moss is also lightweight, easy to work with, and inexpensive.

Sphagnum moss is sold in craft stores or garden centers. For plants, it is used to line baskets and help retain soil moisture. It is usually sold in its natural stringy texture but is also sold chopped up. It consists of shades of green, gray, or brown. In crafts it is used for a variety of projects that require a natural flair. Sphagnum moss is sold commercially in smaller bags.