Growing Aloe Outdoors: Can You Grow Aloe Outside 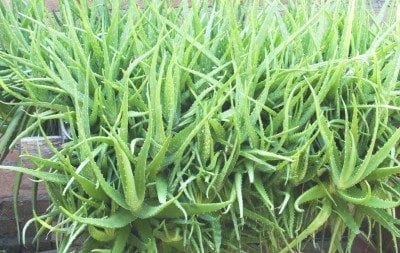 Aloe is not only a lovely succulent plant but also an excellent natural medicinal to have around the home. It is commonly grown as a house plant but a lucky few zones can grow them year around outdoors. Some varieties have a cold tolerance below 32 F. (0 C.) with a bit of protection.

Aloe plants are native to Africa and grow in many climates. There are over 400 species of aloe, with Aloe vera one of the best known. Aloe vera is not frost tolerant and cannot withstand chilling temperatures, but there are alpine varieties that have cold tolerance to nearly freezing.

Aloe grows in USDA zones 8 to 11 outdoors. Can you grow aloe outside of these zones? You can in the summer in a container, but you should move it indoors for the cold season.

Aloes grow in poor soil with good drainage. They require full sun for at least six hours per day, but best growth is found where they receive at least eight hours of bright light. The growing conditions for aloes vary in their native habitat. Aloe polyphylla is a variety that is grown in the mountains of Lesotho and there are others which thrive in coastal or grassland locations.

The plants store water in their leaves, which means they can go long periods without water. They do need regular watering but are very tolerant of drought conditions for short periods.

Aloe Plants in the Garden

As a rule, you cannot grow the Aloe vera plant outside of its recommended zones except in a container in summer, then moving the plant indoors to a sunny location for the winter. In areas that have milder climates, you can grow wide variety of aloe plants in the garden.

Try Aloe arborescens and Aloe ferox. Both are quite hardy specimens that will do well outside even in moist temperate zones.

Aloes are good as stand alone plants or produce lovely displays when combined with other succulents in a container. Try growing aloe outdoors in a container that will also allow you to bring them indoors if a freeze threatens.

How Can You Grow Aloe Outside?

Placing your aloe plant outdoors in appropriate zones doesn’t require any special care as long as the site is sunny and the soil is loose and gritty. In other regions, either keep the plant in a container to move if necessary, or apply protection.

For occasional freezes, cover the plant with a large plastic container if the cold period is just overnight. If the cold snap is longer, you’ll need to spread a thick mulch or straw around the root base to also protect the root zone.

Growing aloe outdoors in beds where the cold is consistent and long in duration is not recommended. To save the plant, just keep it in a pot and move it outside when temperatures are warm. Gradually expose the plant to light when transitioning to outdoor life to prevent sunburn and let it acclimate to the new conditions.