Reviving A Tillandsia Air Plant: Can You Revive An Air Plant 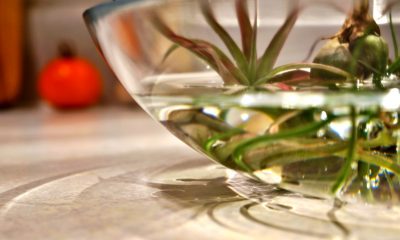 What is it about air plants (Tillandsia) that make them so fascinating? Air plants are epiphytic plants, which means that unlike most other plants, their survival doesn’t depend on soil. Instead, they draw moisture and nutrients through their leaves. Although air plant care is minimal, the plant can sometimes begin to look sickly – shriveled, limp, brown, or droopy. Can you revive an air plant in this condition? Yes, at least if the plant isn’t too far gone. Read on to learn about reviving a Tillandsia.

How to Revive an Air Plant

Why do my air plants keep dying? If your Tillandsia isn’t looking its best, especially if it’s shriveled or brown, there’s a good chance that the plant is extremely thirsty. Although misting the plant is often recommended, spritzing usually doesn’t provide enough moisture to keep the plant healthy and hydrated.

If you determine that this is the case, reviving a Tillandsia means returning the plant to a healthy, well-hydrated state. The easiest way to accomplish this is to soak the entire plant in a bowl or bucket of lukewarm water. You may need to tie the plant to a heavy object to keep it from floating to the top of the water.

Place the bowl in a warm location and let it soak for 12 hours. Remove the plant from the bowl, place it on a layer of paper towels, and allow it to air dry before returning the plant to its regular location.

If the plant continues to look dry and sickly, repeat the procedure, but this time leave the Tillandsia submerged for only about four hours. Hold the plant upside-down and shake gently to remove excess moisture from the leaves.

To keep a Tillandsia well hydrated, soak the plant in a bowl of warm water for an hour every week during the summer, decreasing to once every three weeks during the winter months (some people find that a 10-minute soak is enough, so watch your plant closely to determine its particular needs. If the plant begins to look swollen, it’s absorbing too much water and will benefit from a shorter bath.).

Place your air plant in bright, indirect or filtered sunlight from spring until fall. Move it into direct light during the winter months. You may need to supplement winter sunlight with full spectrum artificial lights for about 12 hours per day.

Ensure Tillandsia receives adequate air circulation. If your air plant is in a container, uncover the container and place it in an airy location. Alternatively, remove the Tillandsia from the container for a full day every week.

Always shake excess water off your Tillandsia after watering, then allow it to dry in a colander or on a layer of paper towels. The plant can be damaged if water is allowed to remain on the leaves.

If your Tillandisa is in a sea shell, empty the shell as needed to be sure the plant isn’t sitting in water.

Feed Tillandisa a bromeliad fertilizer twice a month. Alternatively, apply a regular, water-soluble fertilizer diluted to one-quarter strength, or orchid food highly diluted at a rate of one pinch per gallon of water.