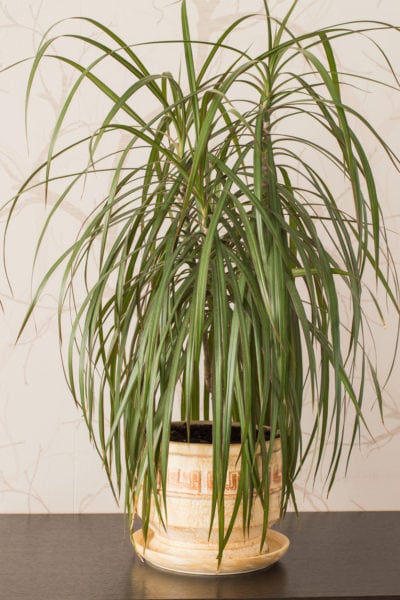 So you’ve been given a plant with spiky leaves but no further information, including the name of the plant. It looks familiar, rather like a dracaena or yucca, but you have no idea what the difference between a yucca and dracaena is. How can you tell which it is? Read on to find out how to tell a yucca from a dracaena plant.

First of all, yucca hails from the family Agavaceae and is native to Mexico and the Southwest United States. Dracaena, on the other hand, is a member of the family Asparagaceae, which encompasses an additional 120 species of trees and succulent shrubs.

How to Tell a Yucca from a Dracaena

What other yucca and dracaena differences are there?

Yucca is most commonly grown as an outdoor plant, and dracaena is very commonly an indoor houseplant. However, both can be grown either inside or out, depending on the region and type grown. Dracaena thrives in household temperatures and will even do well outside provided temperatures are around 70 F. Once temps drop below 50 F. (10 C.) however, the plant suffers cold damage.

Yucca, on the other hand, is native to the hot and arid regions of the Americas and the Caribbean. As such, one would expect that it prefers warm temperatures, and it does for the most part; however, it is tolerant of temperatures down to 10 F. (-12 C.) and can be planted in many climates.

Yucca is a small tree or shrub, covered with sword-like, pointed leaves that grow to between 1-3 feet (30-90 cm.) in length. The foliage on the lower portion of the plant is commonly made up of dead, brown leaves.

There is, in fact, another similarity besides the pointed leaves between yucca and dracaena. Both plants can get fairly tall, but since dracaena is more of a houseplant, pruning and the choice of cultivar generally keep the plant’s size down to a more manageable height.

Additionally, on dracaena plants, when the leaves die, they fall from the plant, leaving a characteristic diamond shaped leaf scar on the stem of the plant. When leaves die on yucca, they tend to remain adhered to the trunk of the plant and new leaves push out and grow atop them.

Printer Friendly Version
Read more about Dracaena Plants
<PreviousNext>
Did you find this helpful? Share it with your friends!
FacebookTweetPinEmail
Related Articles
Newest Articles
You might also like…
Additional Help & Information