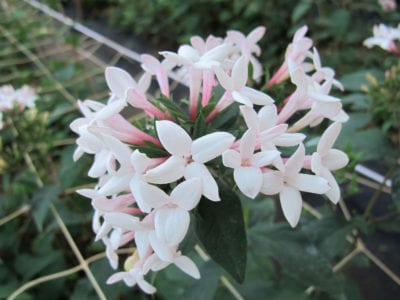 Alaska, the U.S.’s most northern state, is known for its extremes. Winters can be so cold that even breathing the air can kill you. Plus, winters are dark. Sitting so close to the Arctic Circle, Alaska’s seasons are skewed, with 24 hours of daylight in summer and long months of winter where the sun never rises.

So what does that mean for Alaskan houseplants? Being indoors will keep them from freezing, but even shade-loving plants need some sun. Read on for tips on houseplant growing in Alaska.

Alaska is cold, very cold, in winter and it is dark. In some areas of the state, the sun does not make it above the horizon all winter long and winter can extend for nearly nine months. That makes winter gardening in Alaska a challenge. Plants grown in winter must be kept indoors and given extra light.

In all honesty, we should say right up front that some parts of Alaska are not as extreme as others. It’s a huge state, the largest of the 50 states, and twice as big as runner-up Texas. While most of Alaska’s landmass is a large square wedging into Canada’s Yukon Territory’s western border, a thin “panhandle” of land known as Southeast Alaska descends to edge British Colombia. The state’s capital Juneau is located in the southeast and doesn’t get the extremes of the rest of Alaska.

As long as plants are kept indoors in Alaska, they escape the icy cold weather and windchill that drop the effective temperature even further. That means that winter gardening there is indoor Alaskan gardening.

Yes, it is a real thing up North. One Alaskan writer, Jeff Lowenfels, has called it “homardening.” It’s not enough, according to Lowenfels, just to keep the plants alive. They must grow into their full glory, be all they can be, even in the middle of a dark sub-Arctic January.

There are two keys to homardening in the Last Frontier: selecting the right plants and getting them supplemental lighting. Supplemental light means grow lights and there are lots of choices out there. When it comes to picking your Alaskan houseplants, you’ll also have more options than you may think.

Lowenfels recommends jasmine (Jasminum polyanthum) as the perfect Alaskan houseplants. If left in natural light, this vine sets flowers as the days grow short, then out pop thousands of deeply fragrant blooms in white or pink.

That’s not all either. Amaryllis, lilies, cyclamen, and pelargoniums will all bloom during the darkest of winter months.
Other top ornamental houseplants for the 49th state? Go for coleus, with its lush, jewel-toned foliage. Many varieties prefer shade to sun, so you will need minimal grow light time. Keep them compact by cutting back the plants regularly. You can also grow the stems you trim as cuttings.