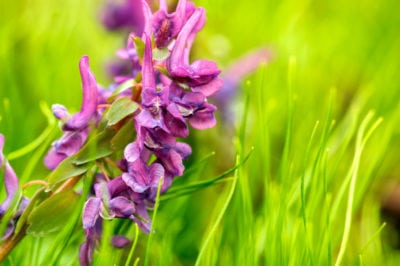 Stinzen plants are considered vintage bulbs. Stinzen history goes back to the 15th century, but the word wasn’t commonly used until the mid 1800’s. They were originally harvested wildflowers, but today any gardener can try his or her hand at growing stinzen flowers. Some information on the stinzen plant varieties will help you decide which of these historical bulbs is right for your garden.

Bulb lovers probably are familiar with stinzen plants, but may not know they have such history. What are stinzen plants? They are introduced bulbs whose genesis was from the Mediterranean and Central European regions. Widely grown in the Netherlands, they are called stinzenplanten. This collection of bulb-forming plants is now widely available commercially.

Stinzen vintage bulb plants were found on the grounds of large estates and churches. The root word “stins” comes from the Dutch and means stone house. Only buildings of importance were built of stone or brick and only these wealthier denizens had access to imported plants. There are regional stinzen plants but many are imported.

The bulbs were popular at the end of the 18th century due to their ability to naturalize easily. These vintage bulb plants can still be found growing in areas of the Netherlands, especially Friesland. They are primarily early spring bloomers and now thrive as if native, even this many years after their original plantings. There is even a Stinzenflora-monitor, which lets online users know when and where blooming populations occur.

Stinzen plants have become extremely popular due to their naturalizing ability. In proper sites, they will produce more bulbs and renew themselves year after year without human intervention. Some of the bulbs are enjoyed throughout the world.

There are three classes of stinzen bulbs: regional, Dutch, and exotic. Fritillaria is one of the latter but does not naturalize in every site. Common stinzen plant varieties include:

The plants do not need a high nitrogen content but do need plenty of potassium, phosphate, and occasionally lime. Clay soils often contain sufficient nutrients, but the nitrogen content can be too high, while sandy soils are perfect draining areas but lack fertility.

Once planted in fall, winter chilling requirements can be met and spring rains will keep forming roots moist. You may need screen or mulch over the site to prevent squirrels and other rodents from digging and eating your bulbs.