Are Succulents And Cacti The Same: Learn About Cactus And Succulent Differences 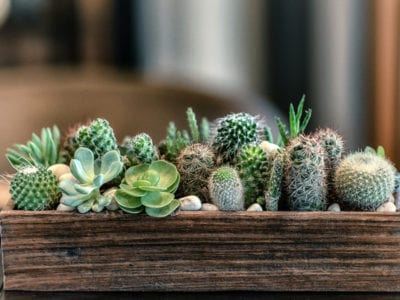 Cacti are usually equated with deserts but that is not the only place they live. Similarly, succulents are found in dry, hot, and arid regions. What are the cactus and succulent differences though? Both are tolerant of low moisture and poor soil in most cases and both store water in their leaves and stems. So, are succulents and cacti the same?

Are Succulents and Cacti the Same?

Desert plants come in all kinds of sizes, growth habits, hues, and other characteristics. Succulents also span the visionary spectrum. When we look at a cactus vs. succulent plant, we note many cultural similarities. That is because cacti are succulents, but succulents are not always cacti. If you are confused, keep reading for basic cacti and succulent identification.

The quick answer to the question is no, but cacti are in the group succulents. This is because they have the same abilities as succulents. The word succulent comes from the Latin, succulentus, which means sap. It is a reference to the plant’s ability to save moisture in its body. Succulents occur in many genera. Most succulents, including cacti, will thrive with little moisture. They also don’t require rich, loamy soil but prefer well-draining, gritty, and even sandy sites. Cactus and succulent differences are apparent in their physical presentation as well.

When you visually study each type of plant, the presence of spines is a defining characteristic of cacti. Cacti sport areoles from which spring spines, prickles, leaves, stems, or flowers. These are round and surrounded by trichomes, hairy little structures. They may also sport glochids which are fine spines.

Other types of succulents do not produce areoles and are, therefore, not cacti. Another way to discern if you have a cactus or a succulent is its native range. Succulents occur just about everywhere in the world, while cacti are confined to the western hemisphere, primarily North and South America. Cacti can grow in rainforests, mountains, and deserts. Succulents are found in almost any habitat. Additionally, cacti have few, if any, leaves while succulents have thickened leaves.

Cacti are a sub-class of succulents. However, we equate them as a separate group due to their spines. While not scientifically accurate, it serves to describe the difference between other types of succulents. Not all cacti actually bear spines, but they do all have areoles. Out of these may sprout other plant structures.

The rest of the succulents usually have smooth skin, unmarked by the scars of areoles. They may have points, but these rise naturally from the skin. An aloe vera is not a cactus but it does grow serrated teeth along the edges of the leaves. Hens and chicks also have pointed tips, as do many other succulents. These do not spring from areoles, therefore, they are not cacti. Both groups of plants have similar soil, light, and moisture needs, broadly speaking.