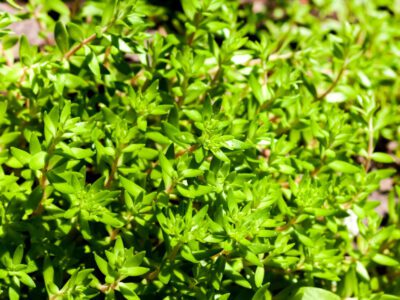 Stringy stonecrop sedum (Sedum sarmentosum) is a low-growing, matting or trailing perennial with small, fleshy leaves. In mild climates, stringy stonecrop stays green year-round. This fast-growing plant, also known as graveyard moss, star sedum or gold moss, is easy to grow and thrives in borders. You can also plant stringy stonecrop sedum in containers (which is a good idea if you’re concerned about the aggressive nature of this sedum). Stingy stonecrop is suitable for growing in USDA plant hardiness zones 4 through 9. Read on to learn more.

There’s a reason why this plant is also known as spreading stringy stonecrop. Some people appreciate stringy sedum groundcover for its chartreuse foliage and yellow blooms, as well as its ability to grow and keep weeds in check, even in difficult spots like rocky slopes or hot, dry, thin soil.

Stingy stonecrop also performs well between stepping stones and pavers, and can tolerate a certain amount of foot traffic. However, keep in mind that stringy stonecrop is a bee magnet, so it may not be a good plant for children’s’ play areas.

Think twice before growing stringy sedum groundcover if you prefer a tidy, well-behaved garden. Stringy stonecrop in gardens can be extremely invasive and can easily out-compete timid plants, including some of your favorite perennials. It has become a serious problem in some areas of the eastern and southern United States.

Plant stringy sedum groundcover in full sun or partial shade, as long as the plant receives at least six hours of sunlight per day.

Stringy stonecrop sedum needs dry, well-drained soil. Like most succulents, it doesn’t like wet feet and is likely to rot in soggy soil. Dig in a generous amount of sand or grit to improve drainage.

Keep the soil moist for a few weeks, or until stringy stonecrop is established. Thereafter, this groundcover is drought-tolerant, but benefits from occasional irrigation during hot, dry weather.

Fertilize your sedum groundcover once or twice during the growing season using a low-nitrogen fertilizer, if needed.

Printer Friendly Version
Read more about Sedums
<PreviousNext>
Did you find this helpful? Share it with your friends!
FacebookTweetPinEmail
Related Articles
Newest Articles
You might also like…
Additional Help & Information