Growing And Care Of Mexican Bird Of Paradise Plant 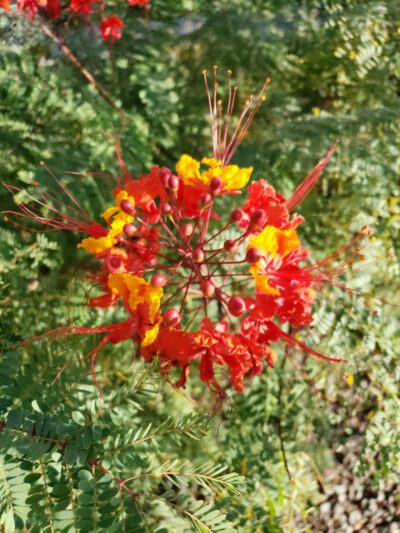 The growing and care of Mexican bird of paradise plant (Caesalpinia mexicana) isn’t difficult, however, this plant is commonly confused with the other species in this genus. Although they all basically share the same growing requirements, it’s still important that you are aware of the subtle differences between the plants so you can get the most from your gardening experience.

All species generally bloom in summer or year-round in tropical climates.

How to Grow Mexican Bird of Paradise

Growing Mexican bird of paradise (along with other species) is easy when given suitable conditions. This plant makes a fine specimen planting or you can grow it as a shrub in a mixed border. It can also be grown in a container, which works especially well in colder regions.

When growing Mexican bird of paradise, you should keep in mind its overall size, which can reach up to 15 feet (4.5 m.) tall with a similar spread. This plant is considered drought tolerant, thriving in well-draining soil and plenty of sun. While it can take some shade, its blooms will not be as profuse in these areas.

Until it becomes well established in the landscape, you’ll need to keep the plant watered weekly and it may require fertilization while in bloom.

Once established, Mexican bird of paradise requires little care, other than the occasional pruning to keep it manageable and neat. This is often performed in winter (when it dies down naturally) and is usually pruned a third back or to the ground.

Those grown in pots can be overwintered indoors and cut back as needed.