What Is Carolina Geranium – Tips On Growing Carolina Cranesbill 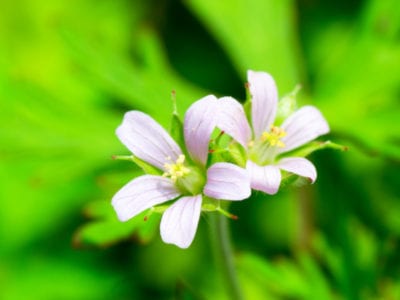 Many U.S. native wildflowers exist in a paradox of being considered nuisance weeds while also being important to our native species for our environment and its wildlife. Such is true of Carolina geranium (Geranium carolinianum). Native to the U.S., Canada, and Mexico, Carolina geranium was used for hundreds of years by Native American tribes, such as the Obijwe, Chippewa, and Blackfoot tribes, as a valuable medicinal herb. What is Carolina geranium? Continue reading for the answer, as well as tips on growing Carolina cranesbill.

What is Carolina Geranium?

Carolina geranium grows wildly all-over North America where it is a native wildflower but also considered a nuisance weed. In New York and New Hampshire, it is considered an endangered and threatened native species and is legally protected in many counties.

Carolina geranium is usually found in part shade areas with poor, dry, clay, rocky soil. Since it tends to grow in untended wastelands, it does not interfere much with agricultural crops or ornamental plants. However, because its profuse seeds have a hard coating that is impenetrable by many herbicides, it is thought to be a nuisance plant, as it will sprout up in areas that have been sprayed for weeds.

Carolina geranium’s early spring blooms provide a valuable source of nectar for pollinators and the seeds are also a valuable food source for many birds and small mammals.

How to Grow Carolina Geranium Plants

All parts of Carolina geranium are edible and used medicinally, but it is the shallow taproot that is most sought after for herbal remedies. The plant is high in tannins, so it has a naturally bitter taste. Carolina geranium is used medicinally for its natural astringent, anti-fungal, anti-bacterial, antioxidant, and anti-inflammatory properties. It was used by Native Americans to treat wounds, infections, sore throats, gastrointestinal problems, and arthritis. Carolina geranium is also high in Vitamin K, so it was used to treat conditions of the eyes.

When using native plants as herbs, you should never collect them from areas that may have been treated with dangerous herbicides or pesticides. Growing Carolina cranesbill in your own yard or in a pot and ensuring it is not exposed to chemicals is the safest option for herbal use.

Carolina geranium grows easily from seed but requires dry, coarse soil in a partly shaded location. It will not grow well in fertile, rich soils or moist areas. Carolina cranesbill care is easy provided that you don’t actually give the plants too much maintenance. They are best left alone, to grow wildly in sites where very few other plants will grow.