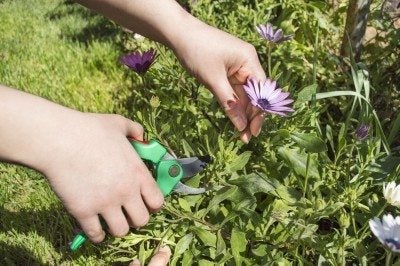 It’s named after that huge UK plant event – the Chelsea Flower Show – that takes place at the end of May. Just so, anyone wanting to try the Chelsea chop for plants should get the pruners out and ready as May comes to a close.

The Chelsea chop for plants involves cutting back by half the stems of tall perennials that bloom later in summer. Simply get out your pruners, sterilize them in a mixture of denatured alcohol and water, and clip back every stem.

The Chelsea chop pruning method removes all the buds on the top of the plant that would have opened relatively quickly. That means that the side shoots have an opportunity to branch out. Generally, the top buds produce hormones that inhibit the side shoots from growing and blooming.

Chopping off the top half of each stalk also means that the newly-shortened plant stems won’t get floppy as they blossom. You’ll get more blossoms, albeit smaller ones, and the plant will flower later in the season.

When to Chelsea Chop Prune?

If you want to know when to Chelsea chop prune, do it in the end of May. You may be able to do the same thing in June if you live in a more northerly area.

If you balk at the idea of cutting back all the shoots for fear of losing the current year’s flowers, cut them back selectively. For example, cut the front ones back but leave the back ones, so you’ll get quick flowers on last-year’s tall stalks, then later blossoms on this year’s shorter stalks in the front. Another option is to cut every third stem off by half. This works well with plants like sneezeweed or herbaceous phlox.

Plants Suitable for the Chelsea Chop

Not every plant does well with this pruning method. Species that bloom early in summer might not bloom at all if you chop them back. Some plants suitable for the Chelsea chop are: