Growing Lantana Indoors For The Winter 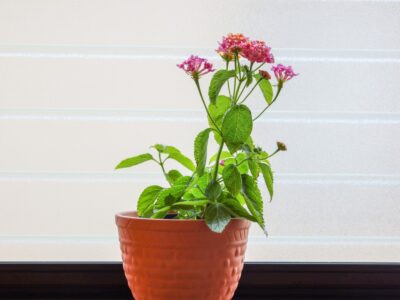 Evergreen lantana plants are a beautiful addition to the ornamental garden. Available in a wide range of color, these stunning flowers are highly attractive to pollinators of all types, and even make a valuable addition to hummingbird gardens. Though the plants are relatively low growers, gardeners can expect a profusion of blooms throughout the entirety of the summer growing season. Lantana performs as a perennial in frost-free regions. However, those living outside of the plant’s native range can enjoy it as an annual. Because of this, gardeners may become interested in learning whether or not their lantana plants can be overwintered indoors. So, can you bring lantana in for the winter?

For those who wish to save their favorite plants, bringing lantana indoors for winter is among the best options. As cooler temperatures arrive in fall, lantana plants will often show a noticeable decrease in growth. Plants should be removed from the garden just before the arrival of the first frost. This can be done by carefully digging around the outer perimeter of the plant, if it has been grown in the ground, and transplanting it into a large container. Potted lantana plants will simply need to be moved indoors at the correct time.

When it comes to lantana, indoor plants will require special care. Most notably, potted specimens will require a warm location that receives ample indirect sunlight. Without enough sunlight, lantana plants may struggle throughout winter. Stressed plants may begin yellowing, drop their leaves, or even die completely. While indoors, lantana should be watered frequently, allowing time for the soil to dry between each application.

If it is not possible to bring the entire lantana plant indoors, winter gardeners have found success in taking smaller cuttings in the fall. These rooted stems can then be grown through winter to be moved outdoors as transplants in the spring. Lantana cuttings are generally made by taking small stem segments, removing their leaves, and then putting them into propagation domes. Though rooting hormone can be used to speed this process, it is often unnecessary. Growers have also found success in placing lantana cuttings in a vase of clean water. With either technique, lantana plants are known to root readily, with rootset occurring within one to two weeks.

As many landscapers have found it difficult to meet the needs of managing lantana as a houseplant, another popular option is to allow the plants to slip into dormancy. This is a natural process that will occur with the shortening of days in autumn. While dormant, the plant will be in a state of “rest,” rather than active growth. Dormancy can be encouraged indoors by moving the potted plants to a cool, frost-free room with minimal light. Throughout winter, dormant lantana plants will require little attention from gardeners, but will still need occasional watering to keep the plants from drying completely. Due to their appearance in dormancy, many gardeners may fear that their plants have died. However, most dormant plants will resume growth as soon as they are moved to a warm, sunny location in the spring.

Printer Friendly Version
Read more about Lantana
<Previous
Did you find this helpful? Share it with your friends!
FacebookTweetPinEmail
Related Articles
Newest Articles
You might also like…
Additional Help & Information