Is Mandrake Poisonous – Can You Eat Mandrake Root 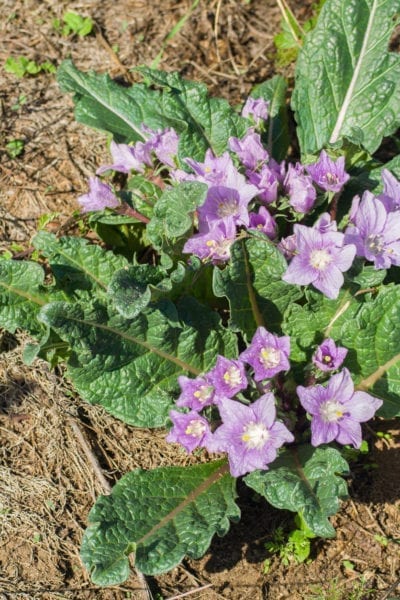 Few plants have such a storied history rich in folklore and superstition as the poisonous mandrake. It features in modern tales such as Harry Potter fiction, but past references are even more wild and fascinating. Can you eat mandrake? Ingestion of the plant was once thought to sedate and improve sexual function. Further reading will help understand mandrake toxicity and its effects.

The oftentimes forked root of mandrake is said to resemble the human form and, as such, brought to rise many supposed effects of the plant. People who live where the plant grows wild have often mistakenly eaten its round fruits with surprising results. Although fantasy writers and others have given the plant a colorful back story, mandrake is a potentially dangerous vegetative selection that can get the diner into serious trouble.

Mandrake is a large leaved plant with a stout root that may grow offshoots. The leaves are arranged in rosettes. The plant produces small round berries from pretty violet-blue flowers, which have been referred to as Satan’s apples. In fact, the late summer fruits emit a strongly apple-like aroma.

It thrives in full to partial sun position in rich, fertile soil where plenty of water is available. This perennial is not frost tender but the leaves usually die back in winter. Early spring will see it send out new leaves soon followed by the flowers. The entire plant may grow 4-12 inches (10-30 cm.) tall and to answer the question, “is mandrake poisonous,” yes, it is.

The fruit of mandrakes have been used cooked as a delicacy. The roots were believed to enhance manly vigor and the entire plant has historical medicinal uses. The grated root can be applied topically as an aid to relieve ulcers, tumors and rheumatoid arthritis. Leaves were similarly used on the skin as a cooling salve. The root was often used as a sedative and aphrodisiac. With these potential medical benefits, one often wonders how will mandrake make you sick?

Mandrake is in the nightshade family, just like tomatoes and eggplants. However, it is also in the same family as deadly jimsonweed and belladonna.

All parts of mandrake plants contain the alkaloids hyoscamine and scopolamine. These produce hallucinogenic effects as well as narcotic, emetic and purgative results. Blurred vision, dry mouth, dizziness, abdominal pain, vomiting, and diarrhea are common initial symptoms. In severe poisoning cases, these progress to include the slowing of the heartbeat and often death.

Even though it was often administered prior to anesthesia, it is no longer considered safe to do so. Mandrake toxicity is high enough that it could get a novice or even expert user killed or in the hospital for an extended stay. It is best to admire the plant but make no plans to ingest it.