What Is Salep: Learn About Salep Orchid Plants 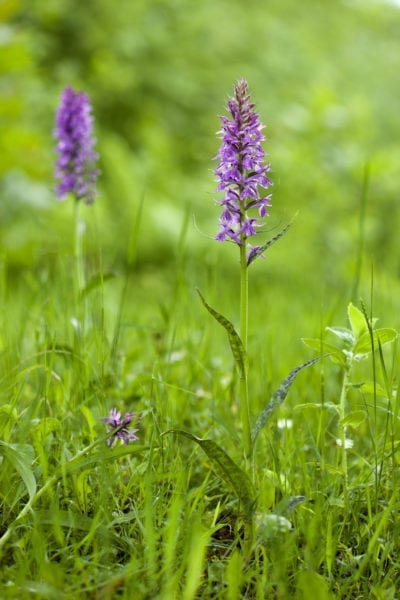 If you are Turkish, you probably know what salep is, but the rest of us likely have no idea. What is salep? It is a plant, a root, a powder, and a drink. Salep comes from several species of diminishing orchids. Their roots are dug up and prepared to make salep, which is then made into ice cream and a soothing hot beverage. The process kills the plants, making salep orchid roots very costly and rare.

Salep is at the heart of a traditional Turkish beverage. Where does salep come from? It is found in the roots of many orchid species such as:

Note: Most of these varieties of salep orchid plants are in jeopardy due to habitat loss and overharvesting.

The wild orchids of Turkey used to bloom across the hill and valleys. They are some of the prettiest and most unique wildflowers. Some of the orchid varieties are preferred for salep because they produce tubers that are round and fat as opposed to elongated, branched roots. The tuber must be cut away and this kills the parent plant.

The insensible harvesting of the plant has led to certain species being banned as a source for salep. Many of the strains of salep that are harvested for use in the country are banned from being sent outside Turkey. Several other regions also harvest orchid roots for their medicinal, thickening, and stabilizing properties.

Salep orchid plants are in bloom in spring. By the end of the summer, the tubers are filled with the starch that creates the salep. Plump, washed tubers are briefly blanched and then skins are removed and the tubers are dried. Some salep plant information offers the suggestion that they are boiled in milk, but this does not seem necessary.

Tubers that are properly dried can store for a long time until use, at which time they are ground. The powder is yellowish and used to thicken certain edibles or as a medicinal. There is a high mucilaginous content as well as sugar.

The common beverage made from the powder is especially appealing to children, but adults enjoy the concoction as well. It is boiled with milk or water and seasoned variously with sassafras root, cinnamon, ginger, cloves and sweetened with honey.

Sometimes, it is mixed with wine to give to people with certain ailments. It is also added to a hardened form of ice cream which is a popular dessert. The powder is also made into a medicine that can ease gastrointestinal distress and enhances the diet of infants and ill persons.