Popular Poppy Varieties: Types Of Poppies For The Garden 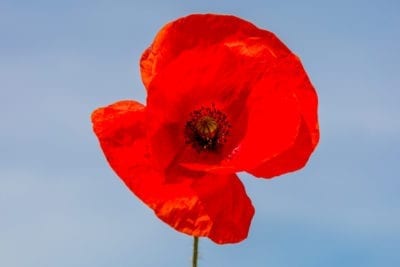 Poppies add a splash of color to the flower bed, they’re easy to grow, and there are hundreds of poppy varieties to choose from. With so many different poppy plants available, the biggest problem for gardeners is narrowing down the selection!

Choosing Poppies for the Garden

Poppies belong to the Papaveraceae family and are represented by many different species and varieties of poppy. Some species of Papaveraceae grow wild and are weed-like in appearance, and others are shrubs. When trying to choose flowering poppies for the garden, we can narrow the choice by focusing on some of the more popular types of poppies:

Corn poppy (Papaver rhoeas) is an easy-to-grow annual that blooms in spring or early summer. It comes in a variety of colors including red, white, yellow, pink, salmon, and lilac. These poppy varieties include the traditional Red Flanders poppy, which gained popularity due to the WW1 remembrance poem, In Flanders Fields, by J. McCrae.

The popular Shirley poppy has crinkled silky flower petals. Try Angel’s Choir for a gorgeous double flower in pastel shades of coral, peach, and apricot or Pandora for midsized double or semi-double flowers in sultry shades of rose and red streaked with gray.

Oriental varieties of poppy (Papaver orientale) are best known for their gigantic blooms, with some flowers reaching 9 to 10 inches (23-25 cm.) across. Oriental poppies are perennials which are winter hardy in colder climates. Flowers come in a multitude of colors, many of which have a blotch of black at the base of each petal. This species blooms in late spring or early summer.

Long grown for its medicinal properties, opium poppy flowers (Papaver soniferum) are available in a wide range of colors and flowering types. Drama Queen, one of the fringed poppy varieties, has frilly crimson and indigo petals with a pale green pollen center. Dried opium poppy seed pods are also popular in floral arrangements.

Unfortunately, opium types of poppies may be illegal to grow in some locales. Be sure to check the laws in your region before attempting to grow these poppy plants.

Native to the west coast of the United States, these varieties of poppies produce blooms in shades of cream, yellow, orange, pink, and purple. A showpiece variety, California Watermelon Heaven’s crepe paper petals are a splash of watermelon pink highlighted by a pale cream center.

Due to their shorter height, some varieties of California poppies (Eschscholzia californica) make good choices for container plants. Many California poppies are grown as annuals even though this species is considered a perennial.

Renowned for its true-blue flowers, Himalayan poppies (Meconopsis betonicifolia) are harder to cultivate than most species. Their growing requirements stem from their origins high in the Himalayan mountains and include an evenly moist, but well-drained soil and dappled shade. They tend to be short-lived perennials.

Although the Iceland poppy (Papaver nudicaule) is from the Papaver genus, it is one of the harder poppies to cultivate. They are not heat tolerant and, even though they are perennials, they may need to be grown as annuals throughout much of the United States.

They range in color from whites and yellows to various pastel shades of pinks and orange. As compared to other types of poppies, Iceland poppies have a longer vase life. Thus, they make excellent cut flowers.