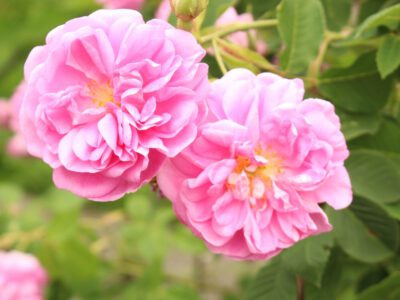 In this article we will take a look at Old Garden Roses, these roses stir the heart of many a long time Rosarian.

What are Old Garden Roses?

According to the American Rose Societies definition, which came about in 1966, Old Garden Roses are a group of rose bush types that existed prior to 1867. The year 1867 was also the year of the first introduction of a hybrid tea, her name was La France. The bloom/flower forms on these wonderful roses can vary greatly.

Some of the rose bushes in this group will not produce any further blooms after their initial spring blooming period. This group of rose bushes will, however, add further beauty to the garden with the formation of their rose hips. Many of the old garden roses are intense with fragrance that will lift the beholder to the Heavens upon visiting such a garden in full bloom.

The most popular classes of Old Garden Roses are:

It would take a book to tell about each one of these popular Old Garden Roses. I have provided just a taste of information above on some of these beautiful Queens of the Garden. Having one of more of them in your own rose bed or garden and experiencing these delights of old first hand is truly worthwhile.

Here are some names of the other more popular classes for further study: