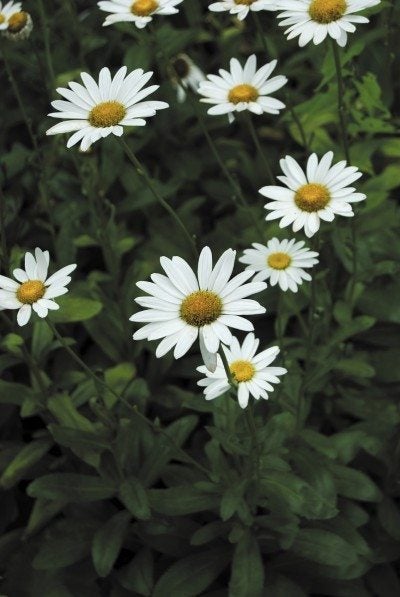 I love the predictability of perennials. Shasta daisies are one of these that consistently shows up year after year. Proper year end care of your plants will ensure a bountiful supply of rayed blooms, and this includes cutting back Shasta daisies. You should know when to prune Shasta daisy and some tips on the method for healthiest plants.

How Do I Prune Shasta Daisies?

I hear the question, “how do I prune Shasta daisies,” quite frequently. These robust flowers are easy to grow and maintain, asking little of you other than occasional water, moderately fertile soil, and sunshine. There are a couple of reasons for Shasta daisy pruning, including preventing the plant from freely seeding, but also to enhance plant growth. Gardeners with large patches of the plants also know to divide them every few years to increase the number of plants and create a healthier clump.

The Shasta daisy reseeds prolifically and, over time, a small crop of the plants will become a large stand. Over the years the stand will become bare in the center and the side stems will be leggy and fall over. To prevent this, divide the stand every three years and replant the peripheral pieces. Pruning during this process is confined to simply shortening the stems for ease of handling.

Pruning is also useful to give the perennial bed a tidier appearance for winter and allow new growth in spring to push up without the barrier of old spent stems. Cutting back Shasta daisies as the blooms fade will help prevent random baby Shasta spreading in all directions. This deadheading also preserves the appearance of the plant.

When to Prune Shasta Daisy Plants

There are many factors regarding pruning that are crucial to a successful outcome. Tools and skill are important but when to prune Shasta daisy is even more vital. This is because the goals for pruning vary from season to season.

During the growing period, deadheading, which is a form of Shasta daisy pruning, helps keep seeding in check and plants looking their best.

In spring, just before you divide your plants, pruning a Shasta daisy to 6 inches (15 cm.) from the ground will facilitate handling and get the plant ready for new growth.

In the fall, cutting back the stems to 2 inches (5 cm.) from the ground after the foliage has yellowed is a common practice. You may also choose to leave those dying stems in place to provide winter protection for the plant. In such cases, remove the dead stems in early spring to make way for new growth.

Tips on Pruning a Shasta Daisy

In any pruning or trimming, you should manage the hygiene of your tools. Sharp pruning shears or trimmers will make cleaner cuts that invite less damage and disease. Tools should be frequently sterilized between pruning different types of plants. A 25% bleach solution is generally sufficient to remove any pathogens from your blades. Soak tools for several minutes, wipe with a clean cloth, and allow to air dry.

Shasta daisies can withstand trimming at any point to remove spent flowers, dead or diseased stems, and minimize seeding. It is also important to pinch the tops of stems when they are 6 inches (15 cm.) tall. This promotes fuller plants and more blooms.

The deadheading process will also encourage more flowers. However, if you are lazy like me, you can also ignore these hardy garden stars and just let them do their thing. The result will be a naturalized stand of numerous statuesque white flowers that will return year after year like an old friend.

Printer Friendly Version
Read more about Shasta Daisies
<PreviousNext>
Did you find this helpful? Share it with your friends!
FacebookTweetPinEmail
Related Articles
Newest Articles
You might also like…
Additional Help & Information