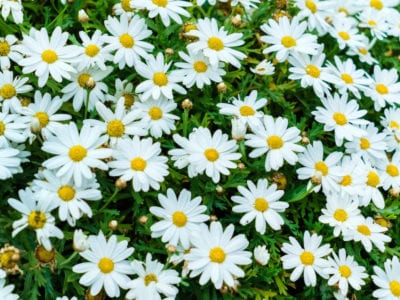 Why won’t my Shasta daisies bloom? Shasta daisy bloom time extends from early spring to late autumn. There are a number of reasons for a Shasta daisy not flowering and most can be rectified with improved care and maintenance. Read on to determine the common causes when Shasta daisies won’t bloom, and learn tips for getting Shasta daisy to bloom.

Getting Shasta Daisy to Bloom

So your Shasta daisies won’t bloom. What should you do? Below are the most common reasons for non-blooming in these plants and the steps you can take to ensure a healthy Shasta daisy bloom time.

Regular pruning and deadheading – Regular deadheading of Shastas (removal of wilted blooms) promotes healthy blooming until the end of the season. Otherwise, blooming slows and the plant directs its energy into producing seeds. Additionally, prune the plant to a height of about 3 inches (7.5 cm.) after blooming ends for the season.

Feed me, but not too much – Too much fertilizer, especially high-nitrogen fertilizer, is definitely too much of a good thing, producing lush, leafy plants with few (or no) blooms. Dig a few shovelfuls of compost or well-rotted manure into the soil around the plant, then feed Shasta daisies every three months throughout the growing season, using a low-nitrogen fertilizer with an NPR number such as 0-20-20. Adding bone meal will help too.

Temperatures – High temperatures can stress the plant and slow blooming until the weather moderates. On the other hand, a late freeze can nip the buds and prevent blooms for the coming season. Unfortunately, there’s not much that gardeners can do about temperature fluctuations, but a layer of mulch may help.

Sunlight – Shasta daisies like lots and lots of sun, and without it, they’re likely to object by refusing to bloom. If your plants are long and leggy, this is a good sign they’re stretching to reach available light. You may need to move them to a sunnier location, but if it’s hot, wait until early autumn, about six weeks before the first average frost date in your area.

Water – Shasta daisies are tough, drought-tolerant plants that aren’t happy in soggy soil. Unless the daisies are newly planted, they need water only when rainfall is less than about an inch (2.5 cm.) per week. Water deeply at ground level to keep the foliage and blooms dry, then allow the soil to dry before watering again. Be sure the daisies are planted in loose, well-drained soil.

Printer Friendly Version
Read more about Shasta Daisies
<PreviousNext>
Did you find this helpful? Share it with your friends!
FacebookTweetPinEmail
Related Articles
Newest Articles
You might also like…
Additional Help & Information