Winecup Plant Info: Learn How To Grow Winecups In The Garden 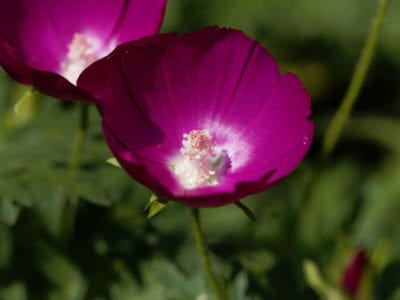 What are winecups? Tough, drought-tolerant, perennials, winecup wildflowers are native to parts of the southwest and central United States. The plant has naturalized across much of the country, where they are found in pastures, open woods, and along roadsides. You may know this prairie wildflower as buffalo rose or purple poppy mallow. Read on for winecup plant info, including tips for the growing and care of winecup plants.

Winecups (Callirhoe involucrata) consist of thick mats of trailing, vine-like stems that grow from long tubers. As you may have guessed, winecup wildflowers are named for the masses of pink, maroon, or reddish-purple, cup-shaped blooms, each with a white spot at the center of the “cup.” The flowers, which open in the morning and close in the evening, are borne on the end of the stems.

Winecup wildflowers are suitable for growing in USDA plant hardiness zones 4 through 8, although they tolerate the chilly winters of zone 3 if they are located in very well-drained soil. In the garden, winecups work well in wildflower meadows or rock gardens. They also thrive in hanging baskets or containers.

Winecups in the garden require full sunlight and well-drained, gritty, or sandy soil, although they tolerate poor, clay-based soil. They are easy to grow by planting the carrot-like tubers so the crown of the tuber is even with the surface of the soil.

You can also grow winecups by seed in late summer or early fall. Rub the seeds lightly between fine sandpaper to remove the tough outer skin, then plant them about 1/8-inch (0.25 cm.) deep.

Winecups are built for survival in punishing conditions. The plants are drought-tolerant and once established, require very little water. Regular removal of wilted blooms will stimulate the plants to produce blooms from late winter to mid-summer.

Winecup wildflowers are rarely bothered by pests, although rabbits may nibble on the leaves.