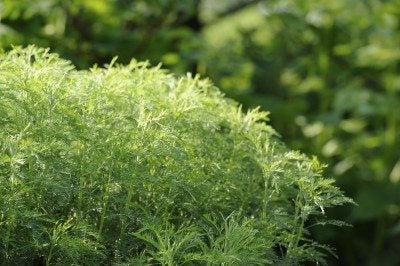 Herbs are fun, easy to grow plants, celebrated for their culinary and medicinal uses. One of the lesser-known, or rather underutilized in some regions, is the southernwood herb plant, also known as southernwood Artemisia. Read on to learn more.

What is Southernwood Artemisia?

Native growing southernwood herb plant can be found in regions of Spain and Italy and has since been naturalized in the United States where it grows wild. This member of Asteraceae is related to European wormwood or absinthe.

Southernwood Artemisia (Artemisia abrotanum) is a woody, perennial herb with gray-green, fern-like leaves that, when crushed, emit a sweet, lemony aroma. This gray-green foliage is slightly haired, growing less so as the season progresses. Leaves are small, alternate with yellow-white dioecious flowers that bloom in late summer in southern regions. Artemisia that is grown in northern areas rarely flowers. Southernwood herb plants grow to a height of between 3 and 5 feet (1 and 1.5 m.) tall with a spread of about 2 feet (61 cm.) across.

There are over 200 species in the Artemisia genus. Depending upon the variety, the essential oil in the crushed leaves may emit an aroma of lemon, as mentioned, or even camphor or tangerine. With such a dizzying array, southernwood Artemisia has just as many aliases. Southernwood has been referred to as Applering, Boy’s Love, European Sage, Garden Sagebrush, and Lad’s Love due to its reputation as an aphrodisiac. It’s also known as Lover’s Plant, Maid’s Ruin, Our Lord’s Wood, Southern Wormwood, and Old Man Wormwood in reference to the plant’s rather tattered-looking winter foliage, which protects it from harsh winds in northern climates.

The name ‘Southernwood’ has Old English roots and means “woody plant that comes from the south.” The genus name, Artemisia, is derived from the Greek word “abros,” meaning delicate, and stems from Artemis, the Goddess of chastity. Artemis was also known as Diana, the Mother of all Creatures and Goddess of the Herbalist, the Hunt, and Wild things.

How to Grow Southernwood Artemisia

Southernwood plant care is similar to that of most herbs hailing from the Mediterranean. These herbs like full to partial sun, well-draining soil, and adequate moisture although they are tolerant of drought.

Southernwood is usually cultivated for its essential oil, which contains absinthol and is used in herbal teas, potpourris, or medicinally. The young shoots were used to add flavor to pastries and puddings, while branches were used to dye wool a deep yellow hue.

Medicinally, southernwood herb plants were used as an antiseptic, astringent, stimulant, and tonic, and have also been used to fight coughs, tumors, and cancers. There is some thought that southernwood Artemisia can also be used as an insect repellent.

When used in a potpourri or sachet, ancient cultural myth implies that southernwood’s aroma will summon one’s beloved. Maybe it won’t summon your beloved; in any case, southernwood plant is a unique specimen to add to the home gardener’s collection in the herb garden.

Printer Friendly Version
Read more about Artemisia
<PreviousNext>
Did you find this helpful? Share it with your friends!
FacebookTweetPinEmail
Related Articles
Newest Articles
You might also like…
Additional Help & Information