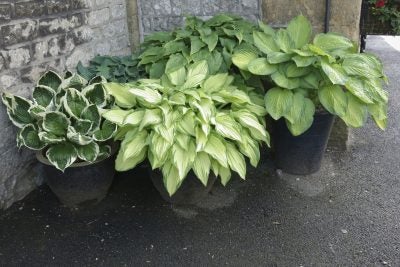 Have you ever thought about growing hosta indoors? Typically, hostas are grown outdoors in shady or semi-shady areas, either in the ground or in containers. However, just because growing hosta as an indoor plant isn’t the norm, that doesn’t mean it can’t be done – and beautifully at that! Read on to learn how to grow hosta indoors.

Can I Grow Hosta Inside?

Definitely! However, growing hosta indoors requires a bit more care and attention to ensure the plant’s needs are met.

How to Grow Hosta Indoors

Begin with the right container for your hosta. Some varieties require a very large pot, while small cultivars do fine in a relatively small container. To prevent rot, be sure the container has a drainage hole in the bottom.

Place the hosta where it receives bright, indirect sunlight. Avoid direct sunlight, which is too intense. As with many other houseplants, they appreciate time outdoors during spring and summer, preferably in a somewhat shady location.

Fertilize hosta every other week during the growing season, using a water-soluble fertilizer for houseplants.

Unlike most indoor plants, indoor hostas require a period of dormancy during the winter, which replicates the plant’s normal outdoor growing conditions. Move the plant to a dark room where temperatures remain cool – about 40 degrees F. (4 C.), but never freezing. The leaves may drop off during dormancy. Don’t worry; this is par for the course.

Protect the roots with a layer of shredded bark or another organic mulch. Water the hosta lightly once a month throughout the winter months. While the plant requires little moisture during this time, the soil shouldn’t be allowed to become bone dry.

Return the hosta to its normal location in spring and care for as normal. Move the hosta to a larger container whenever the plant outgrows its pot – generally once every two or three years. If the plant has become larger than you like, this is a good time to divide it.