Container Grown Moss – How To Grow Moss In A Pot 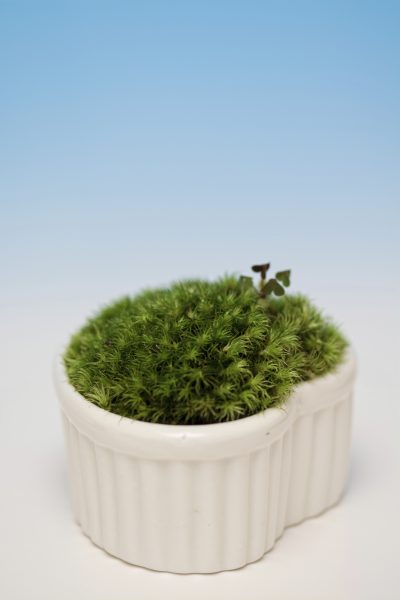 Mosses are fascinating little plants that form luxurious, bright green carpets, usually in shady, damp, woodland environments. If you can replicate this natural environment, you won’t have any trouble growing moss in plant pots. Read on for a step-by-step guide to growing moss in containers.

How to Grow Moss in a Pot

Growing moss in plant pots is easy. Find a wide, shallow container. Concrete or terracotta pots work well because they keep the soil cool, but other containers are also acceptable.

Gather your moss. Look for moss in your own garden, often found in damp spots under a dripping faucet or in a shady corner. If you don’t have moss, ask a friend or neighbor if you can harvest a small patch.

To harvest moss, simply peel it from the ground. Don’t worry if it breaks into pieces or chunks. Don’t overharvest. Leave a good amount in place so the moss colony can regenerate itself. Remember that moss is a relatively slow-growing plant.

Fill the pot with a good quality commercial potting soil, preferably one without added fertilizer. Mound the potting soil so the top is rounded. Moisten the potting mix lightly with a spray bottle.

Tear the moss into small pieces, and then press it firmly onto the moist potting soil. Place your container-grown moss where the plant is exposed to a light shade or partial sunlight. Look for a spot where the plant is protected from sunlight during the afternoon.

Water container-grown moss as needed to keep the moss green – usually a couple of times per week, or possibly more during hot, dry weather. Moss also benefits from an occasional spritz with a water bottle. Moss is resilient and usually bounces back if it gets too dry.

Printer Friendly Version
Read more about Moss
<PreviousNext>
Did you find this helpful? Share it with your friends!
FacebookTweetPinEmail
Related Articles
Newest Articles
You might also like…
Additional Help & Information