Blended Moss Information – How To Make And Establish A Moss Slurry 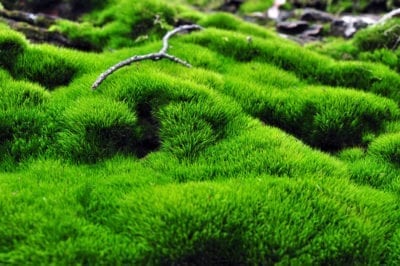 What is a moss slurry? Also known as “blended moss,” moss slurry is the easiest and quickest way to get moss to grow in difficult locations, such as walls or rock gardens. You can also use a moss slurry to establish moss between paving stones, at the base of trees or shrubs, in perennial beds, or just about any area that remains moist. With a lot of slurry, you can even create a moss lawn. It isn’t difficult to establish a moss slurry, so keep reading to learn how.

Before Making a Moss Slurry

In order to make a moss slurry, the first step is to gather moss. In most climates, the best time to gather moss is in fall or spring, when the weather is rainy and the ground is moist. If your garden has shady areas, you may be able to gather enough moss for making a moss slurry.

Otherwise, you can usually purchase moss from a greenhouse or nursery that specializes in native plants. It’s possible to gather moss in the wild, but never remove moss from parks or other public property. If you notice a neighbor has a healthy crop of moss, ask if he or she would be willing to share.  Some people consider moss to be a weed and are more than happy to get rid of it.

How to Make a Moss Slurry

To establish a moss slurry, combine two parts moss, two parts water, and one part buttermilk or beer. Place the mixture in a blender, then use a brush or other utensil to spread or pour the blended moss over the area. Add more moss if necessary: your moss slurry should be thick.

Mist or lightly spray the moss until it’s well established. Never let it dry out completely.

Printer Friendly Version
Read more about Moss
<PreviousNext>
Did you find this helpful? Share it with your friends!
FacebookTweetPinEmail
Related Articles
Newest Articles
You might also like…
Additional Help & Information