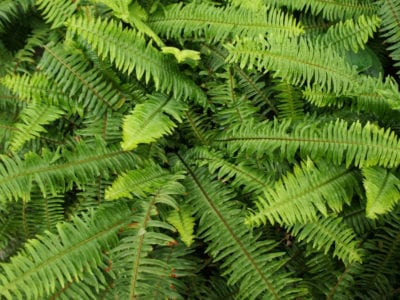 What is a Kimberly Queen Fern?

Native to Australia, the Kimberly queen (Nephrolepis obliterate) was trademarked there by Westland Laboratories Ply Ltd. In the United States, the name has been misspelled so many times that the fern goes by the spelling ‘Kimberly’ when in fact the trademark spelling is ‘Kimberely.’

Kimberly fern is a sword fern so called due to the long sword like fronds that are held high and erect and attain a height of 24 to 36 inches (61-91 cm.).

Suitable for USDA zones 9 through11, Kimberly queen fern plants can be overwintered indoors or, contrary to popular belief, left outside in regions of milder winters provided the plant is well mulched.

While Kimberly queen fern plants may tolerate mild winter temps, it is best to treat them either as annuals outside or overwinter them indoors. Temperatures should be 60 to 75 degrees F. (16-24 C.).

They thrive in medium light conditions with plenty of humidity. Indoor conditions may lack in humidity so try grouping the fern with other houseplants with a small humidifier nearby. If planted outside, be sure to plant in a shaded area or an area with minimal morning light.

These fern plants do well and look beautiful as hanging plants. Fertilize once or twice per year with an all purpose fertilizer according to the manufacturer’s instructions. Allow the plant to dry out between watering, as it is sensitive to over and under watering.