Yucca Leaning Over: Why Yucca Is Falling Over And How To Fix 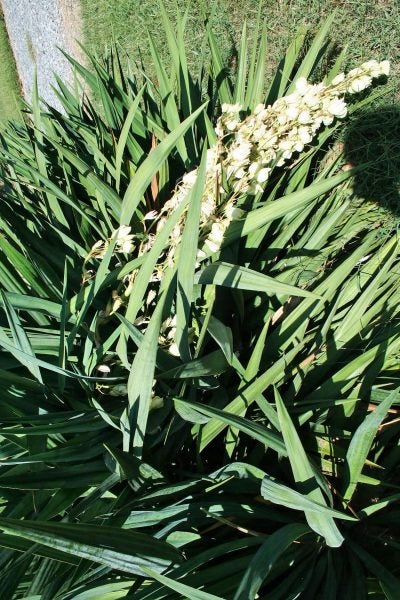 When you have a leaning yucca plant, it may appear as though the plant is leaning because it is top heavy, but healthy yucca stems stand up under a heavy growth of leaves without bending. Read on to find out what really causes a yucca to lean over.

The three main causes of a yucca leaning over are root rot, drought, and shock.

Root Rot – The number one cause of problems with all houseplants is overwatering, and yuccas grown indoors are no exception. Overwatering leads to root rot, which prevents the plant from taking up enough water.

Drought – It is ironic that the symptoms of too much water and not enough water are the same: drooping stems, wilting leaves, and yellowing. Drought is more common than root rot when plants are grown outdoors. Although a yucca can tolerate drought, it needs water during prolonged dry spells, especially in hot weather. Look at the growing conditions to differentiate between drought and overwatering.

Shock – Shock occurs when the plant sustains physical damage, or there is a sudden change in growing conditions. Yuccas sometimes experience shock when they are repotted or transplanted.

What to Do When a Yucca is Falling Over

Whether a yucca is bending over because of drought, overwatering, or shock, the result is that the roots aren’t able to take up enough water to support the plant. Rotting roots and roots that die from shock will not recover, and the entire plant will die. You may be able to save a plant that is suffering from drought, but bent stems between the trunk and the leaves will not straighten out.

You’ll get better results from rooting the top of a yucca plant that is bending over than from trying to save the old plant. It takes some time to grow a new plant, but you’ll have the satisfaction that comes with propagating a yucca plant and watching it grow.

How to Prevent a Leaning Yucca Plant

There are four things you should consider in preventing a yucca plant from leaning: