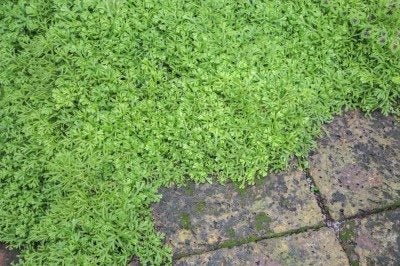 We tend to think of moss as small, airy, green plants that decorate rocks, trees, ground spaces, and even our houses. Spike moss plants, or club moss, are not true mosses but very basic vascular plants. They are related to the family of ferns and closely aligned with fern ecosystems. Can you grow spike moss? You certainly can, and it makes an excellent groundcover but needs consistent moisture to remain green.

Spike moss has a similar structure to ferns. The relationship might lead one to call the plant spike moss fern, although that is technically not correct either. These common plants are part of many native flora situations and are nursery plants for some varieties of wild seed, which grow up through them. Selaginella spike mosses are spore-producing plants, just like ferns, and can produce large mats of deep, feathery green foliage.

The Selaginella genus is an ancient plant group. They formed around the time ferns were evolving but took a U-turn somewhere in the evolutionary development. The moss’s leaves cluster into groups called strobili, with spore-bearing structures on the terminal ends. There are over 700 species of Selaginella that span the globe. Some are moisture lovers while others are perfectly suited to arid zones.

Many of the spike moss form into a dark, dry little ball when moisture is scarce. In fact, periods of dryness cause the moss to desiccate and go dormant. This is called poikilohydry. The plant bounces back to green life when it gets water, leading to the name resurrection plant. This group of fern and club mosses are called Polypoiophyta.

Although closely aligned with ferns, spike moss plants are more nearly related to ancient plants such as quillworts and lycopods. There are many varieties available for the gardener, from Ruby Red spike moss fern to ‘Aurea’ Golden spike moss. Other varieties include:

They make excellent terrarium plants or even as accents to beds, borders, rock gardens, and containers. Plants spread from trailing stems and one plant can cover up to 3 feet (1 m.) over a couple of seasons. Where else can you grow spike moss? Over time the plant will adhere to most vertical surfaces, such as fences and boulders.

These plants are remarkably durable. In most cases, a pressure washer can’t even disturb them. They are hardy to USDA zone 11 and down to cool temperatures of 30 degrees F. (-1 C.).

These mosses require rich, well-drained soil in part to full shade. Plant them in a mixture of peat moss and good garden soil to enhance moisture retention. Another useful fact about spike moss is its ease of division for propagation. Cut apart sections and replant them for a carpet of soft green foliage.