Wood From Acacia Trees: What Is Acacia Wood Used For 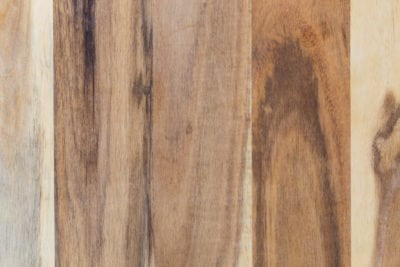 Wood from acacia trees has been used by the Aboriginal people of Australia for centuries and is still in use. What is acacia wood used for? Acacia wood has many uses. The following article contains information on acacia wood such as its uses and about growing acacia for wood.

Also known as the wattles, acacia is a large genus of trees and shrubs in the family Fabaceae, or pea family. In fact, there are over 1,000 varieties of acacia. Two are predominantly imported into the United States for wood use: acacia koa (or Hawaiian koa), and cacia blackwood (also known as Australian blackwood).

Acacia trees are commonly found in temperate, tropical, and desert areas. Acacia is also varied in form. For example, A. tortilis, which is found on the African savannah, has adapted to the environment, resulting in a flat topped, umbrella-shaped crown that enables the tree to capture the most sunlight.

Hawaiian acacia is a fairly rapidly growing tree that can grow 20 to 30 feet (6-9 m.) in five years. It has adapted to growing in the wet forests of Hawaii at higher elevations. It has an ability to fix nitrogen, which allows it to grow in the volcanic soils found on the islands. Acacia imported from Hawaii is becoming a rarity (it takes 20-25 years before the tree is large enough for use), due to grazing and logging in areas where the tree is endemic.

Acacia is a deep, rich reddish brown color with a noticeable, pleasing grain. It is highly durable and naturally water resistant, which means it is resistant to fungus.

What is Acacia Used for?

Acacia has many varied uses from hardwood furnishings to water-soluble gums that are used as thickening agents in foods. The most common use is growing acacia for wood in the manufacturing of furniture. It is a very strong wood, so it is also used to make support beams for the construction of buildings. The beautiful wood is used in carving for utilitarian purposes as well, such as making bowls and for decorative uses.

In Hawaii, koa is used to make canoes, surfboards, and bodyboards. As koa is a tonewood, it is also used to make musical instruments like ukuleles, acoustic guitars, and steel guitars.

Wood from acacia trees is used medicinally too and is pressed to release the essential oils for use in perfumes.

In the wild, acacia trees provide food and habitat for many animals from birds to insects to grazing giraffes.