Acacia Plant Types: How Many Varieties Of Acacia Tree Are There 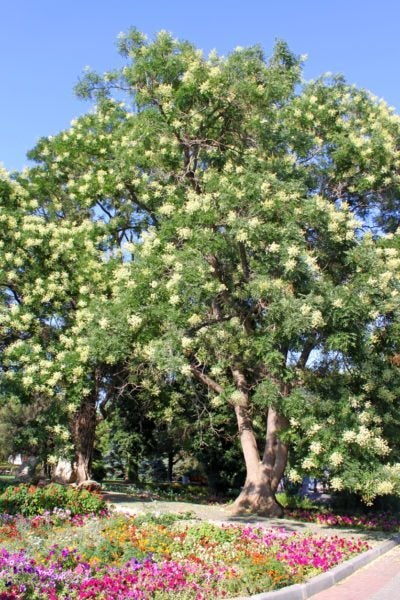 Acacia trees, like beans and honey locust, have a magical power. They are legumes and can fix nitrogen in soil. Known as wattle in Australia, there are about 160 different varieties of Acacia, most with fine, feathery leaves and beautiful floral displays. We’ll go over the different Acacia trees that are most popular, so you can decide which is right for your landscape.

Acacia are trees to shrubs and closely associated with Australia, although they do grow in other warm regions. Acacia are members of the pea family but don’t resemble those legumes at all. Most of the Acacia plant types have similar leaves but some have modified forms called phyllodes. There are also variable flower colors and some forms have thorns while others do not.

The “wattles” of Australia span the country. The most commonly known is the Acacia senegal, which produces acacia gum, a compound used in numerous applications from food to pharmaceuticals and even into building materials.

Some forms with phyllodes are Gold Dust wattle, Wallangara wattle, and Hairy Pod wattle. There are also varieties of Acacia with true leaves such as Green wattle, Deane’s wattle, and Mudgee wattle.

The forms range from the lovely weeping Hairy wattle shrub to the Blackwood, which can reach 98 feet (30 m.) in height. Most Australian types of Acacia are medium to large shrubs with thorns, although thornless varieties also abound.

Many tropical to subtropical regions have endemic populations of Acacia. Acacia moa is native to the Hawaiian Islands and its wood is used for guitars, canoes, and surfboards.

A South American native, Espinillo, is a small shrub with delightful pompom-like, bright yellow flowers. The Umbrella Thorn is found in African savannahs, while Sweet Acacia has naturalized in parts of California.

A symbiotic relationship exists between ants and the Whistling Thorn. They colonize the interior of the large thorns and live inside the protective embrace of the spines. Thorns emptied of ants make the characteristic whistling noise when wind passes through them.

There are so many different Acacia trees that it would take a small novel to list them all. Some types of Acacia are really only suitable for reclamation, wild habitat, and large, open spaces but a few are really so pretty you might want them in your garden.

‘Limelight‘ is a compact shrub with a slightly weeping habit and lush foliage. Similarly, ‘Fettuccini‘ has drooping leaves but can also be found in a really astounding standard little tree form.

As you can see, there is an Acacia for nearly every garden situation.