Dutch Elm Protection – Is There Treatment For Dutch Elm Disease 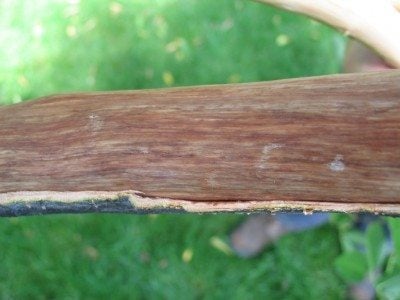 Elm trees once lined city streets all across America, shading cars and sidewalks with their enormous, outstretched arms. By the 1930’s, though, Dutch elm disease had arrived on our shores and began destroying these favorite trees of Main Streets everywhere. Although elms are still popular in home landscapes, American and European elms are highly susceptible to Dutch elm disease.

What is Dutch Elm Disease?

A fungal pathogen, Ophiostroma ulmi, is the cause of Dutch elm disease. This fungus is spread from tree to tree by boring beetles, making Dutch elm protection difficult at best. These tiny beetles burrow under the bark of elms and into the wood beneath, where they tunnel and lay their eggs. As they chew through the tree’s tissues, the fungal spores are rubbed off onto tunnel walls where they germinate, causing Dutch elm disease.

How to Detect Dutch Elm Disease

Signs of Dutch elm disease come on rapidly, over about a month’s time, typically in the spring when leaves are just maturing. One or more branches will be covered in yellow, wilted leaves that soon die and fall from the tree. As time goes on, the disease spreads to other branches, eventually consuming the whole tree.

Positive identification based on symptoms alone can be difficult because Dutch elm disease mimics water stress and other common disorders. However, if you cut open an affected branch or twig, it will contain a dark ring hidden in the tissues below the bark –this symptom is caused by fungal bodies clogging up the tree’s transport tissues.

Treatment for Dutch elm disease requires a community-wide effort to successfully eradicate both the beetles and fungal spores they carry. A single, isolated tree may be saved by pruning out affected branches and treating bark beetles, but multiple trees affected by Dutch elm disease may require removal in the end.

Dutch elm disease is a frustrating and costly disease, but if you absolutely must have elms in your landscape, try the Asian elms –they have high levels of tolerance and resistance to the fungus.