White Fir Facts: What Is A Concolor Fir Tree 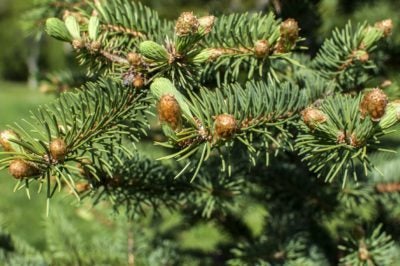 What is a concolor fir tree? Concolor white fir (Abies concolor) is a stately evergreen tree with a symmetrical shape, long, soft needles and an attractive, silvery blue-green color. Concolor white fir is often planted as a striking focal point and is especially appreciated for its winter color. In rows, it creates an effective wind block or privacy screen.

Concolor white fir is native to the western United States, but it grows well across the country, in USDA plant hardiness zones 3 through 8. In other words, it tolerates very cold temperatures but doesn’t do well in hot southern climates. It isn’t a city tree and doesn’t tolerate pollution and other urban conditions.

Concolor fir is beautiful in open areas where the graceful, drooping lower branches have space to touch the ground. You can prune the lower branches if you want to grow the tree near a sidewalk or driveway but doing so may ruin the natural form of the tree.

Concolor white fir grows in either full sunlight or partial shade. It tolerates nearly any type of well-drained soil, including loam, sand, or acidic soil. However, clay may present a problem. If your soil is clay-based, work in plenty of compost or other organic matter to improve drainage.

Water concolor white fir regularly during the first year. Thereafter, give the tree an occasional soaking during hot, dry weather. Water the tree thoroughly before the ground freezes in late autumn.

Apply 2 to 4 inches (5-10 cm.) of mulch around the tree to control weeds, conserve soil moisture, and prevent temperature extremes.

Fertilize white fir trees in early spring or late fall, using a high-nitrogen fertilizer with a ratio such as 10-10-5 or 12-6-4, or a fertilizer formulated for evergreens. Dig the fertilizer into the soil around the tree, then water well. Large trees generally require no fertilizer, but you can always dig a bit of well-rotted manure or compost into soil.

White fir isn’t usually injured by serious pests, but scale and aphids can be bothersome. Kill overwintering pests by spraying the tree with dormant oil before new growth appears in spring.

Spider mites may be a problem in warm, dry climates and may cause older needles to take on a yellowish cast. Spraying the tree weekly with a strong stream of water generally dislodges the tiny pests. Be sure the water reaches the middle of the tree.

Printer Friendly Version
Read more about Fir
<PreviousNext>
Did you find this helpful? Share it with your friends!
FacebookTweetPinEmail
Related Articles
Newest Articles
You might also like…
Additional Help & Information