Tips For Lychee Trimming – Learn How To Prune A Lychee Tree 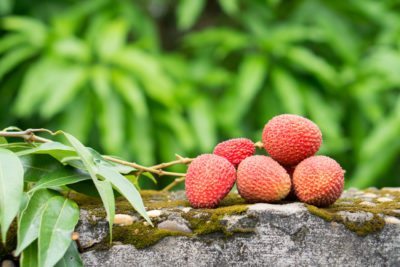 Lychee trees are subtropical broadleaf evergreens that produce a sweet, exotic edible fruit. Although lychee is grown commercially in Florida, it is a rare plant to find in the United States where they are considered high maintenance and inconsistent in fruit production. However, lychee has been grown and cultivated for thousands of years in subtropical regions of Asia and is becoming popular in suitable areas in the U.S. Properly timed lychee tree pruning can help them produce steadier, higher fruit yields. Continue reading to learn to cut back a lychee tree.

When grown from seed, lychee trees reach mature size at about four years old and do not produce fruit until they are about five. While they are still young, lychee trees are pruned regularly to promote a full, rounded shape. Select branches are pruned from the center of young trees to open up the canopy to good air flow and reduce wind damage. When pruning a lychee tree, always use clean, sharp tools to avoid the spread of disease.

Heavy lychee tree pruning is only ever done on young, immature trees to shape, or old mature trees to rejuvenate. As lychee trees get up there in age, they may begin to produce less and less fruit. Many growers have found that they can get a few more fruit bearing years from old lychee trees from doing some rejuvenation pruning. This is pruning usually done around harvest. Lychee growers recommend sealing large open cuts with pruning sealer or latex paint to avoid the risk of pests.

How to Prune a Lychee Tree

Annual lychee tree pruning is done as the fruit is being harvested, or shortly thereafter. As the clusters of ripened fruits are harvested, lychee growers simply snip off about 4 inches (10 cm.) of the branch tip that bore the fruit. This pruning practice on lychee trees ensures that a new fruiting branch tip will form in the same spot for the next crop.

When to prune lychee is important for ensuring a good crop. In controlled tests, growers determined that pruning a lychee tree at harvest or within two weeks of harvest will create a perfectly timed, excellent crop. In this test, when lychee tree pruning was done several weeks after harvesting the fruit, the next crop bore fruit inconsistently.