How To Harvest Lychees – Tips For Harvesting Lychee Fruit 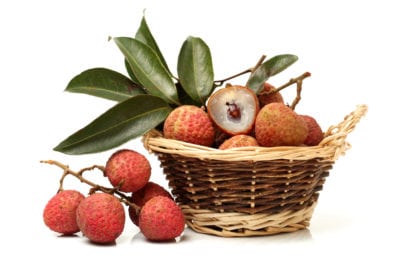 Lychees are an extremely popular fruit from southeast Asia that are gaining more traction around the world. If you live in a warm enough climate, you might be lucky enough to have a tree in your backyard. If you do, you’re probably very interested in how and when to harvest lychee fruit. Keep reading to learn more about picking lychees correctly and effectively.

When to Harvest Lychee Fruit

Unlike many fruits, lychees do not continue to ripen after they’re picked, which means it’s important to time your harvest as well as possible. It can be hard to tell from sight, but ripe lychees are slightly more swollen, causing the bumps on the skin to spread out and take on an overall flatter appearance.

A more trusted method of testing for ripeness is the taste test. Lychees that are ready for picking are sweet, but with a slightly acidic flavor. When they are underripe, they’re more sour tasting, and when they are overripe, they’re sweeter but bland. If you’re picking your lychees just for yourself, you can harvest when the balance of flavor is exactly to your liking.

How to Harvest Lychees

Lychee harvest is never done fruit by fruit, as it’s hard to remove them from the stem without damaging the skin and seriously reducing shelf life. You should only ever pick an individual lychee if you plan on putting it straight into your mouth. Instead, harvest lychees in clusters, using pruning shears to snip off stems that have several fruits on them. As the fruits mature at different rates, you may want to harvest every three to four days over the course of several weeks.

Harvesting lychee fruit doesn’t just stop with removing them from the tree. Lychees are very perishable, especially if they’re warm. The fruits will only keep their bright red color for three to five days at room temperature. As soon as they are picked, they should be chilled to between 30 and 45 degrees F. (-1 to 7 C.). They can be stored at this temperature for up to three months.