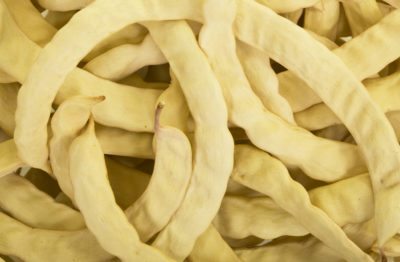 If someone were to mention “mesquite” to me, my thoughts immediately turn to the mesquite wood used for grilling and barbecuing. Given that I am a foodie, I always think of things in terms of my taste buds or stomach. So, I have often wondered, “Is there more to mesquite beyond the grill? Can you eat mesquite? Are mesquite trees edible?” Read on to discover my findings regarding eating mesquite.

Are mesquite trees edible? Why, yes, they are, if you’re willing to put in a little elbow grease.

Mesquite trees produce sweet seed pods which can be milled into flour. The seed pods should be harvested, when they are ripe, between the months of June and September (in the U.S.). It is recommended to harvest pods when they are dry and brittle, and to collect them directly from the tree branches in lieu of the ground to avoid contamination with fungi and bacteria.

Seed pods are somewhat flat and bean-like and can reach 6 to 10 inches (15-25 cm.) long. There are over 40 species of mesquite tree in existence. The color of a ripe pod varies by tree variety and can range from yellow-beige to reddish purple. Taste also varies by mesquite tree variety, so you may want to do some seed pod sampling to see what appeals to your taste buds the best.

Before harvesting from a specific tree, be sure to chew on a pod to test its sweetness – avoid harvesting from trees with bitter tasting pods, otherwise, you’ll end up with bitter flour, which will yield less than desirable results in your culinary concoctions. Once harvested, you will want to ensure your pods are perfectly dry by drying them further on a drying rack or solar/conventional oven before grinding them up into mesquite flour.

Mesquite flour is very nutritious and is said to impart a sweet nutty flavor. It can be substituted in part for flour in a wide variety of baked goods including breads, waffles, pancakes, muffins, cookies, cakes and much more. Feel free to add a tablespoon or two of mesquite flour to your smoothies, coffee, or tea to inject a flavor boost. So does this have you interested in eating mesquite? It sure is making me hungry!

You can also create a mesquite syrup that can be used to sweeten anything from pancakes to ice cream or used as a glaze on chicken/pork and much more! Simply add pods and water to a crock pot, set it on low for 12 hours, strain, then reduce by boiling until a thin syrup is created. This mesquite syrup can also be made into a jam by adding some pectin, sugar, and lemon/lime juice. Some have even brewed tasty beer using mesquite syrup as an ingredient.

So, to summarize – can you eat mesquite? – Yes! The culinary possibilities for mesquite are practically endless! This really just scratches the surface of mesquite pod uses!