Neem Tree Information: Learn How To Grow A Neem Tree 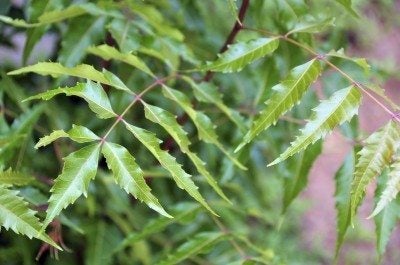 The neem tree (Azadirachta indica) has caught the attention of gardeners in recent years for the benefits of its oil, a safe and effective herbicide. However, that’s just the beginning of the story. This versatile plant, native to tropical India and Asia, is a valuable tree with many uses. Read on for neem tree information, including neem tree benefits and uses.

Oil – Familiar primarily to organic gardeners in the United States, neem oil is made by pressing the oil-rich neem seeds. The oil is highly effective against a variety of pests, including:

It is also useful as a natural insect repellent and is often incorporated into shampoo, soap, lotion, and other skin care products. Additionally, the oil makes a great fungicide for issues like powdery mildew, black spot, and sooty mold.

Bark – Neem bark isn’t widely used, although its anti-inflammatory and antiseptic properties make it a useful treatment for gum disease in mouthwash form. Traditionally, natives chewed the twigs, which served as effective, impromptu toothbrushes. The sticky bark resin is commonly used as glue.

Flowers – Neem tree is widely appreciated for its sweet aroma, which honeybees love. The oil is also valued for its calming effect.

Wood – Neem is a fast-growing tree that tolerates poor growing conditions and drought-prone soil. As a result, the wood is a critical source of clean-burning firewood in many frost-free regions of the world.

Cake – “Cake” refers to the pulpy substance that is leftover after oil is extracted from the seeds. It is an effective fertilizer and mulch, often used to discourage diseases like mildew and rust. It is sometimes used as livestock fodder.

Leaves – In paste form, neem leaves are used as a skin treatment, primarily for fungus, warts, or chicken pox.

How to Grow a Neem Tree

Neem is a hardy tree that can tolerate temperatures up to 120 degrees F. (50 C.). However, extended cool weather with temperatures below 35 degrees F. (5 C.) will cause the tree to drop its leaves. The tree won’t tolerate colder temperatures, wet climates, or prolonged drought. That being said, if you can locate fresh neem tree seeds, you can grow a tree indoors in a pot filled with good quality, well-drained potting soil.

Outdoors, plant fresh neem seeds directly in the ground, or start them in trays or pots and transplant them outdoors at about three months. If you have access to mature trees, you can root the cuttings in late fall or early winter.

Neem trees require plenty of bright sunlight. The trees benefit from regular moisture, but be careful not to overwater, as the tree won’t tolerate wet feet or poorly drained soil. Allow the soil to dry between every watering.

Feed the tree about once a month in spring and summer, using a light application of any good quality, balanced fertilizer or a dilute solution of water-soluble fertilizer. You can also apply a diluted fish emulsion.