When Do Conifers Shed Needles – Learn Why Conifers Drop Needles 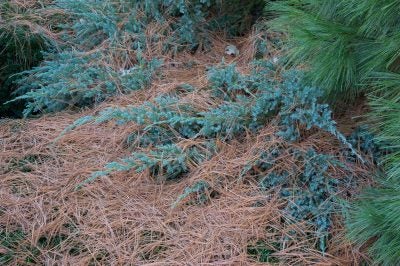 Deciduous trees drop their leaves in winter, but when do conifers shed needles? Conifers are a type of evergreen, but that doesn’t mean they are forever green. At about the same time as deciduous tree leaves turn colors and fall, you’ll also see your favorite conifer dropping some needles. Read on for information on when and why conifers drop needles.

Conifer needles do not last forever. The natural, annual needle shed allows your tree to get rid of the older needles to make room for new growth.

When Do Conifers Shed Needles?

When do conifers shed needles? Do conifers shed their needles frequently? Generally, a conifer that sheds its needles will do so once a year, in autumn.

Every September through October, you’ll see your conifer shedding needles as part of its natural needle drop. First, the older, inner foliage yellows. Soon after, it falls to the ground. But the tree is not about to defoliate. On most conifers, new foliage stays green and does not fall.

All conifers do not shed the same number of needles. Some shed more, some less, some all needles, every year. And stress factors like drought and root damage can cause more needles to fall than usual.

A few conifers are actually deciduous and drop all of their needles every year. Larch is a conifer that sheds its needles completely in the fall. Dawn redwood is another conifer shedding needles every year to pass the winter with bare branches.

Do Conifers Shed Their Needles Frequently?

If the needles on conifers in your backyard yellow and fall frequently—that is, at times other than fall—your tree may need help. Natural needle drop occurs in the fall, but diseases or insects that attack conifers can also cause needle death.

Some types of woolly aphids cause needles to die and drop. Fungi-based diseases can also cause needle loss. The fungi generally attack the conifers in spring and kill needles in the lower part of the tree. Fungal leaf spots and spider mites can kill conifer needles too. Additionally, heat and water stress can cause needles to die.