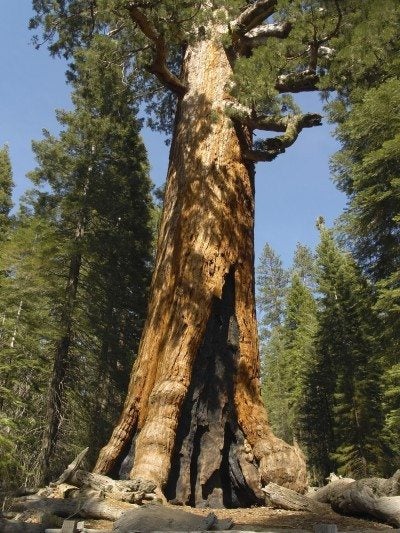 Of the three types of redwoods, only two grow in North America. These are the giant redwoods and coast redwood, sometimes simply called redwoods. The other species – the dawn redwood – grows in China. This article covers some interesting facts about the redwood trees that grow in North America.

For such a large tree, the coast redwood has a relatively small habitat. You’ll find redwood forests in a narrow strip of land on the West Coast that runs from Southern Oregon to just south of Monterey in Northwestern California. They enjoy mild, even temperatures and high levels of moisture from winter rains and summer fogs typical of the area. Over time, the forests seem to be receding in the south and expanding in the north. Giant redwoods grow in the Sierra Nevada at elevations between 5,000 and 8,000 feet (1524-2438 m.).

Most coast redwood trees in old growth forests are between 50 and 100 years old, but some are documented to be as much as 2,200 years old. Foresters in the area believe that some are much older. The tallest living coast redwood is about 365 feet (111 m.) tall, and it’s possible for them to reach heights of nearly 400 feet (122 m.). That’s about six stories taller than the Statue of Liberty. When they are young, coast redwoods grow up to six feet (1.8 m.) per year.

Giant redwoods don’t grow as tall, with the tallest measuring in at a little over 300 feet (91 m.), but they live much longer. Some giant redwood trees are documented as being more than 3,200 years old. Redwood tree identification is by location since their habitats never overlap.

Redwood trees aren’t a good choice for the home gardener, even if you have a very large property. They have a huge root structure and need an extraordinary amount of water. They will eventually shade out the lawn as well as most other plants on the property, and they outcompete other plants for available moisture. You should also be aware that redwoods planted outside their natural habitat never look very healthy.

Redwoods won’t grow from cuttings, so you must start young saplings from seeds. Plant the saplings outdoors in a sunny location with loose, deep, organically rich soil that drains freely, and keep the soil moist at all times.