Winter Pruning Guide – Learn About Cutting Back Plants In Winter 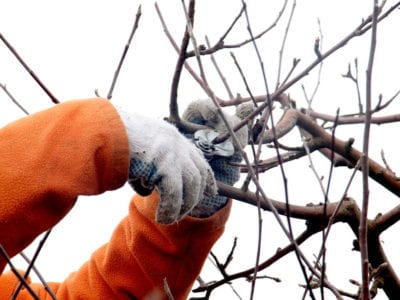 While all deciduous plants go dormant in winter, not all of them should be pruned in winter. The appropriate time to trim these shrubs depends on a plant’s growth habit, when they flower, and whether it is in good shape.

Healthy spring-flowering shrubs should be pruned back immediately after the blooms fade so that they can set buds for the following year. However, if they are overgrown and require a severe rejuvenation pruning, go ahead with cutting back plants in winter.

The shrub will have an easier time recovering from a hard prune while it is dormant, which is a more important consideration than the next year’s flowers.

Cutting Back Plants in Winter

If you are trying to figure out what to prune in winter, here’s more information. Summer flowering shrubs should be pruned in late winter or early spring. This still gives them time to set flowers for the following year. Deciduous shrubs that aren’t grown for flowers can be trimmed back at the same time.

Evergreen shrubs, like juniper and yew, should never be trimmed back in fall since the haircut makes them vulnerable to winter injury. Instead, prune these in late winter or early spring as well.

What Trees Should You Prune in Winter?

If you are wondering what trees to cut back in winter, the answer is simple: most trees. Late winter through early spring is a good time to trim almost all deciduous trees.

Oaks should be pruned in February (in the Northern Hemisphere) rather than later, since the sap-eating beetles that spread the oak wilt virus are active starting in March.

Some trees flower in spring, like dogwood, magnolia, redbud, cherry, and pear. As with spring-flowering shrubs, these trees should not be pruned in winter since you will remove the buds that would otherwise light up your backyard in spring. Instead, prune these trees immediately after they bloom.

Other trees to cut back in winter include evergreen varieties. While conifers require little trimming, it is sometimes necessary to remove the lowest branches to create access. Winter works well for this type of trimming.

Printer Friendly Version
Read more about General Tree Care
<Previous
Did you find this helpful? Share it with your friends!
FacebookTweetPinEmail
Related Articles
Newest Articles
You might also like…
Additional Help & Information